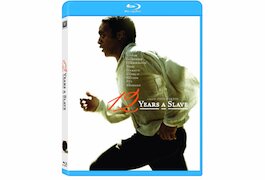 The critically acclaimed 12 Years as Slave, one of the favorites for the Best Picture Oscar, will be released on DVD and Blu-ray March 4, following an early Digital HD release Feb. 18 by 20th Century Fox Home Entertainment.

The film is nominated for nine Academy Awards, having already won the Golden Globe for Best Motion Picture — Drama.

The Blu-ray includes the documentary A Historical Portrait, which explores director Steve McQueen’s artistry in bringing the story to life with Ejiofor reading from Northup’s memoir. The Blu-ray and DVD include the featurettes “The Team” which profiles the creative minds assembled by McQueen, and “The Score,” which focuses on composer Hans Zimmer.