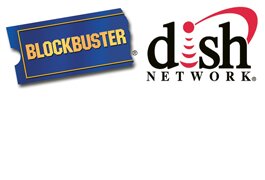 Rental brand remains as a streaming service to Dish subscribers

Dish Network’s three-year ownership of video rental icon Blockbuster resulted in a cumulative net loss of $91 million, including $47 million in the satellite operator’s most recent fiscal year (ended Dec. 31, 2013), according to a regulatory filing.

Dish on Dec. 31 ceased all material operations of about 300 remaining Blockbusters it owned and operated. Acquired out of bankruptcy on April 6, 2011, for $320 million, Blockbuster generated more than $2.5 billion in revenue during that time, including $503 million in 2013.

The Blockbuster brand, which was listed as a $8.9 million “discontinued asset” on Dish’s books at the end of the fiscal year, continues in the United States primarily as “Blockbuster @Home,” the satellite operator’s subscription streaming service (for Dish subs) touting 10,000 movies and 25,000 TV shows.

Separately, Dish said ongoing appeals litigation in California and New York against its Hopper DVR and AutoHop ad-skipping technology by broadcast networks is slated for trial in separate courtrooms on Jan. 13, 2015, and April 17, 2015, respectively.

Broadcast networks Fox, NBC, CBS and ABC, among others, contend AutoHop violates content copyrights and retransmissions agreements, among other issues.