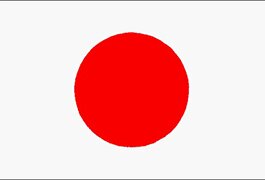 Packaged-media sales and rentals accounted for 84% of more than $3.9 billion (¥477 billion) in consumer spending on home entertainment in Japan in 2014, according to new data from Futuresource Consulting.

Digital video, which includes transactional VOD, electronic sellthrough and subscription streaming, has struggled to take hold in Japan, but generated 31% growth in 2014 to reach $670 million (¥81 billion). After the United States, Japan is the No. 2 home video market, followed by the United Kingdom.

While DVD is declining, Blu-ray Disc offset the decline last year by strong sales of anime, music titles and Walt Disney Studios Home Entertainment’s Frozen. Japan has the second-largest Blu-ray market in the world after the U.S., and Blu-ray accounted for 45% ($585 million) of $1.3 billion sellthrough spending in 2014.

While disc continues to account for the lion's share of home entertainment revenue, broadband penetration, strong uptake of connected devices and a willingness to pay for premium entertainment are galvanizing consumer interest in digital services, according to Joanna Wright, senior market analyst with Futuresource.

Japan ended 2014 with a smartphone install base of 82 million units, or 65% market penetration.

“Mobile operators play a significant role in the online video market with many launching their own subscription video services and prompting the SVOD-via-mobile market to skyrocket from one million users in 2011 to nearly nine million in 2014,” Wright wrote in a Feb. 2 note.