Cinedigm Undermined by 'Back Office' Issues 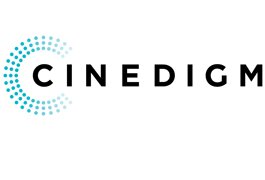 "The transition of our DVD back office fulfillment system to a new supply chain partner did not go as planned,” CFO Jeffrey Edell said in a statement. “However, we have now resolved most of these issues and have seen sales return to more typical levels in the second quarter.”

CEG also touted higher-than-expected Blu-ray Disc and DVD sales of faith-based title God’s Not Dead. The Pure Flix film, which was released on disc Aug. 5, earned $60.8 million at the U.S. box office on a budget of $2 million and was No. 2 on the Nielsen VideoScan First Alert chart in its first week.

B. Riley & Co. analyst Eric Wold said the packaged-media back office issues are 95% resolved, but nonetheless resulted in the loss of about five weeks worth of disc shipments, in addition to increased numbers of returns.

“I understand that these issues are not uncommon during transitions,” Wold said in an email.

The company also has several branded OTT video channels in various stages of launch or development, including an original programming initiative with reality-based series, “Fight of the Living Dead,” for Cinedigm’s upstart Con TV, which is targeting the Comic-Con demo.

“In the OTT business, we can clearly leverage our infrastructure and library, in partnership with well-known brands, to build high-margin, direct-to-consumer narrow cast versions of Netflix, Hulu or Amazon Prime,” CEO Chris McGurk said on the fiscal call. The CEO envisions the subscription streaming channels generating upwards of 500,000 to 1 million members over the next few years.

While Netflix and its 50 million subscribers globally get all the attention, third-party efforts to establish SVOD platforms remains a work in progress. RLJ Entertainment’s Acorn TV, which bowed $5 monthly service in 2011, just reached 89,000 subscribers.

B. Riley & Co.’s Wold said CEG’s success in OTT video depends on the quality of the content offered. He said consumer demand for Comic-Con and Christian fare portends success for related OTT services.

“I believe these sort of offerings are ones that have the potential to reach subscriber levels in the range management is mentioning. However, keep in mind that Cinedigm needs much fewer subs to reach breakeven and profitability, so the 500,000 to 1 million threshold is more of an aspirational goal as opposed to an absolute necessity,” Wold said.