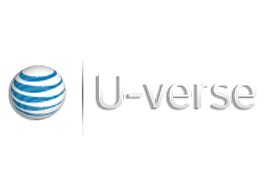 The telecom operator said more than 97% of its video customers subscribe to bundled services, with two-thirds of U-verse TV subscribers taking three or four services. Average revenue per user for U-verse triple-play customers continues to be more than $170. At the end of the quarter, U-verse TV penetration was about 22% and U-verse broadband penetration was about 21%.

Indeed, U-verse broadband had more than 12 million subscribers at the end of the fourth quarter. It added 405,000 net broadband subs in the quarter.

AT&T, along with Comcast, Time Warner Cable and Verizon Communications, is one of the nation’s largest Internet service providers.

Last May, AT&T announced it had entered into an agreement to acquire DirecTV, the nation’s largest satellite TV operator for $48.5 billion. The merger must still pass regulatory muster.