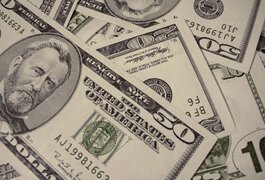 Home entertainment remains an enduring — if not divergent — profit center to studios saddled with a fickle theatrical market and rising ticket prices, according to the recent fiscal results.

“That enabled our titles last year to significantly outperform comparable titles released by other studios without a window,” Time Warner CEO Jeff Bewkes said in a Feb. 8 call with analysts. “In 2012, we’ll keep pushing to define the next generation of business models for home entertainment. As part of that we are using windows to advantage our higher contribution, distribution channels.”

News Corp. president Chase Carey said despite the buzz surrounding digital distribution, physical media continues to generate the bulk of home entertainment revenue — a reality the COO doesn’t see changing much in the near future.

Indeed, 20th Century Fox Studios reported quarterly operating income of $393 million, up 108% from operating income of $189 million during the previous-year period. The studio said results were driven in part by global home entertainment sales of Rio, Rise of the Planet of the Apes, X-Men: First Class and Mr. Popper’s Penguins, among other sources.

“Blu-ray and electronic and digital distribution are our future,” Carey said. “DVDs have been around for a long time … but I don’t want to imply that DVDS don’t have real legs. Blu-ray has been pretty strong growth derivative. We are going to make sure we manage that business intelligently. And I think the DVD business continues to have legs.”

Even Sony Pictures, which saw a 85% decline in studio operating income, said revenue increased 7.7% to more than $2 billion due in part to strong home entertainment results from The Smurfs.

“I completely agree that home entertainment is a bigger profit driver than theatrical,” Pachter said. “It’s clear that theatrical is not going to grow much.”