Is It the $1 Rental That Drives Kiosks? 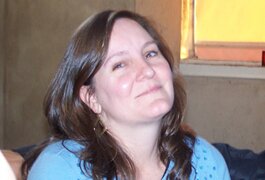 While the kiosk business has been around for several years, it has really stepped into the spotlight this year. The extraordinary growth of kiosk companies, such as Redbox, brings up the question: Is it the economy and the $1 rental price that is making consumers turn to kiosks — or is it the convenience? Are consumers merely looking at the price?

Certainly, I’ve had anecdotal evidence that the $1 rental is the driving force. My neighbors are definitely renting movies for $1 to save money as the value of their houses goes down and job uncertainty abounds. There’s also the friend who noted that for $1, it’s not much of a risk to try the kiosk out, which he did for the first time this month. In his case, it was an impulse rental similar to the impulse buy upon which Wal-Mart has built its DVD business.

If it is the $1 price, studio moves to squeeze more money out of Redbox could prove problematic for the kiosk company. As the studios look for a bigger cut of the action, can Redbox afford to offer the same copy depth and pricing it has in the past, when it was such a small part of the business that the studios hadn’t yet taken notice?

“What will happen when Redbox has to acquire nearly 60% of studio content [through third-party retail channels]?” Pali Research analyst Richard Greenfield wrote in a note.

Well, the logical conclusion is that Redbox will have to pay more for its product and offer fewer copies of some of the biggest titles of the year. Also, movies from studios with which it has deals (Sony, Paramount, Lionsgate) will likely dominate its offerings. If you are renting from a particularly well-frequented kiosk, you may be less likely to get a chance to rent the latest “Ice Age” or “Harry Potter” sequel, but you’ll find plenty of copies of the latest “Transformers” installment.

Will Redbox have to raise its price to offer the kind of breadth of product consumers have come to expect, or will the $1-rental threshold be a line in the sand?

Certainly, the pressure is on kiosk companies, now that they are a noticeable segment of the business. It may be that a business built on $1 rentals will ultimately suffer from its low-cost business plan. But it won’t be the first time a business has been built on offering perhaps unsustainable value to consumers. Just look at the Internet.