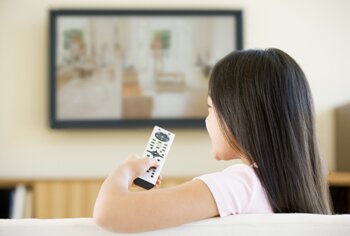 Children and the Internet seem inseparable as evidenced by the ubiquitous cell phone and time spent listening to downloaded music and watching movies and TV shows on the computer.

New research from The NPD Group found that 79 cents of every entertainment dollar spent by kids aged 2 to 14 was used on CDs, movie discs and video games, compared with 21 cents on content downloaded from the Internet.

While still the preferred media format for music and movies, the physical disc slowly is giving way to digital. A similar study conducted by NPD in 2009 found that 85 cents was spent on packaged media, compared with 15 cents on digital. The latest study was conducted Aug. 1 to 19 and was based on answers from 3,343 respondents with children in the required age demographic.

While the majority of kids’ entertainment content still is acquired in a physical format, digitally acquired content has grown substantially throughout the last two years at 17% for games, 14% for music and 13% for movies.

With ubiquitous use of the computer in the school and home, children are not baffled by technology. Indeed, that technology in a broadband home has made downloading music and games efficient and effortless, according to Anita Frazier, industry analyst with The NPD Group.

“Kids are not skittish to use technology that is available to them, and the convenience and instant gratification afforded by downloading content is alluring to them,” Frazier said.

The study found that kids start downloading digital content at a young age, with and without help from friends or family. About 50% of kids paid for their first digital content by the age of 7.

One-third of kids said music was the first type of digital content they purchased, followed by computer games and mobile games.

Most digital entertainment content is purchased with the pay-per-download method, with the exception of TV shows and movies, with just more than half of respondents using a subscription service such as Netflix and Hulu Plus. This correlates with the sizeable increase noted with kids usage of online video rentals services since 2009.

Kids’ Daily Media Use Up Sharply