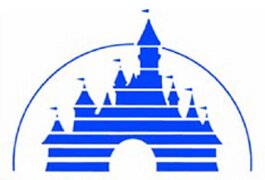 Disney said quarterly income for the studio segment was $187 million, compared to $514 million during the prior-year period. Revenue for the segment decreased 26% to $1.9 billion.

Entertainment wasn't the only poor performer. All of Disney's operating units, including cable, TV, consumer products and parks and resorts, reported significant declines.

“Disney had a challenging quarter in what is likely to be the weakest economy in our lifetime,” said Bob Iger, president and CEO, in a call with investors. It was packaged media, however, that appeared to give the executive the most concern.

Iger said the results, which he didn’t attribute solely to the economy, would have a long-term impact on the DVD business and would have the company “examining much of what we do,” including differentiating between the type of DVDs released versus their release schedules. He said Disney is taking numerous steps companywide to reduce costs, with each business segment adjusting to meet its revised needs.

“Our goal is to spend, in total, less on films,” Iger said. “We do believe production and marketing of DVD needs to be addressed.”

Specifically the CEO eyes reducing the number of bonus features included with a DVD and improving the price-to-value relationship. He wants to include standard-DVD and digital copy with the Blu-ray release and market it as a value-add to consumers.

“We’ve been taking a hard look at this business for a while,” Iger said. “The cost of those systems needs to come down.”

The executive said DVD sales in the fourth quarter were directly impacted by the “cataclysmic” events in the economy. He also said consumer options for home entertainment had evolved whereby the average household was in possession of about 80 DVDs, compared to 135-140 DVDs for avid consumers.

“This suggests that going forward, people potentially will be more selective about what they buy,” Iger said.

He said the studio would be mindful of consumer habits and be more careful in the timing and placement of DVD product at the retail level.

When asked whether Disney would release titles through video-on-demand at the same time as DVD, Iger said altering the release window was not a solution. Instead he advocated turning DVD releases into a retail event rather than stocking up on catalog titles earmarked for the dump bin.

The CEO touted Disney's advances in digital distribution, which include video games and online properties and generated a 13% rise in revenue to $313 million. The segment also lost $45 million in operating income.

Iger reiterated there would be significant cost reductions across the company that did not just include “eliminating jobs.”