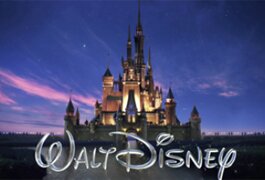 Canal+ Group, a French movie and TV program distributor, has signed a content license agreement with The Walt Disney Co. for select movies and TV shows for its subscription video-on-demand service.

The agreement with Canalplay Infinity allows subscribers unlimited streaming access to 100 current and catalog movies and TV shows, including the "Pirates of the Caribbean" franchise, Air Force One, Armageddon, “Desperate Housewives,” “Lost” and “Castle,” among others.

Canalplay Infinity costs $13.25 monthly and is available on most French TV, pay-TV and telecommunications platforms via the PC, with an iPad app shortly slated for release. The SVOD service will be made available to Xbox 360 and select Samsung smart TVs in France later this year.

The deal underscores an increased focus by domestic media companies seeking to mine incremental revenue globally from SVOD platforms in addition to market leader Netflix, LoveFilm Instant in London and Amazon Prime, among others.