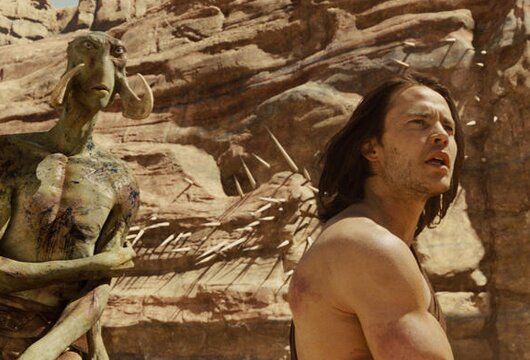 Walt Disney Studios Home Entertainment has begun delaying select new disc releases 28-days to kiosks, video stores and Netflix — a policy the studio started with the May 22 release of The Secret World of Arrietty, a studio representative confirmed.

Disney had been the lone major studio not to take a position on embargoing titles on street date. It has contemplated delaying new releases this year, CEO Bob Iger told analysts in a recent fiscal call.

Indeed, the studio held back the June 5 release of sci-fi movie John Carter to rental channels. According to OnDVDreleases.com, Redbox won’t have Carter until June 12 — an availability date the kiosk vendor will apparently meet securing disc copies through retail channels.

"We will be sourcing John Carter through alternative means," the kiosk vendor said in a statement, adding it has always worked with Disney on a per-title basis without a contract.

Blockbuster Express — which Redbox acquired from NCR Corp. earlier this year — doesn’t have Carter until July 3 — four weeks after street date. Carter is listed for rent on DVD and Blu-ray Disc (not streaming) at Netflix without an availability date.

“Importantly, we believe Redbox and Disney are on friendly terms,” Kraft wrote in a note.

Carter, which Disney attributed to its studio reporting a first-quarter fiscal loss and cost studio boss Rich Ross his job, generated a disappointing $72.7 million at the domestic box office. The movie, which did $209 million at the international box office, reportedly had a production budget of $250 million.

Eric Wold, analyst with B. Riley & Co. in Los Angeles, said that just because John Carter faired poorly at the box office does not mean it won’t be a great rental. In light of the media maelstrom surrounding Carter’s weak domestic box office, Wold said it is unknown if consumers skipped the movie because they didn’t want to see it at all or just didn’t want to pay theater ticket prices after all the negative press.

The analyst also said Disney embargoing rentals makes sense since it doesn’t have any formal agreements with Redbox.

“I believe that most [Coinstar] investors have been under the impression that Disney was moving toward a 28-day release window, so this seems to follow expectations,” Wold said in an email.