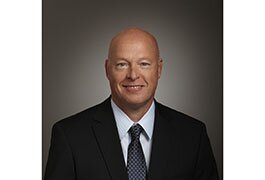 Next to theme parks, media and entertainment, no division is more important at The Walt Disney Co. than consumer products, which is responsible for sales of toys, books, apparel, DVDs and video games, among other merchandise.

The division reported operating income of $274 million in its most recent fiscal period, which was up 37% year-over-year. Revenue increased 16% to $885 million. Through March 30, consumer products has generated more than $2 billion in revenue.

At the May 14 MoffettNathanson Media & Communications Summit Call in New York, Disney CFO Jay Rasulo praised Chapek for essentially reinventing the company’s consumer products division and turning it into a double-digit growth vehicle.

While Disney is renowned for its brands (Marvel, Pixar, Lucasfilm, ESPN, Disney Princesses, etc.), Chapek reorganized consumer products to focus on franchise themes versus product categories. Instead of having managers focus separately on soft-goods, toys, apparel and household, Chapek consolidated marketing and retail strategies around specific properties, such as Frozen, "Pirates of the Caribbean," "Toy Story," "Cars," "Monsters," The Avengers, the Sleeping Beauty tie-in Maleficent and upcoming "Star Wars" films, among others.

“I think there are two things that I would call [Chapek’s] heretofore hallmarks … franchises and product licensing,” Rasulo said.

The CFO said Chapek realized that consumer products — arguably Disney’s most direct interaction with consumers — needed to address retail through what people saw in theaters, on TV and DVD.

“I need people waking up everyday focused on nothing but a major franchise of the company and what we can do with it. That’s the role we need to play in consumer products,” said Rasulo, paraphrasing Chapek.

“[Chapek] wants to explore and is pushing his team to … take off the blinders and look at alternative business models in the consumer products business,” Rasulo said. “Before, we really kind of had those blinders on, and said, ‘okay, we have the Disney Store and we have licensing and those are our two speeds.’”

Interestingly, praise of Chapek comes as CEO Bob Iger was originally set to relinquish his position (while retaining chairman of the board) next March — a retirement delayed until June 30, 2016 after Iger signed a 15-month extension last summer.