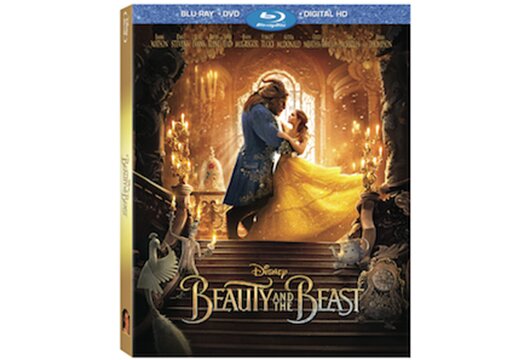 Walt Disney Studios Home Entertainment is bringing the live-action remake of Beauty and the Beast to DVD, Blu-ray, Digital HD and on-demand June 6.

The film, based on the 1991 animated musical, has earned nearly $500 million at the domestic box office since its March 17 theatrical release, and more than $1.2 billion worldwide.

Beauty and the Beast stars Emma Watson as Belle, Dan Stevens as The Beast, Luke Evans as Gaston, Kevin Kline as Maurice, Josh Gad as LeFou, Ewan McGregor as Lumière, Stanley Tucci as Maestro Cadenza, Audra McDonald as Madame de Garderobe, Gugu Mbatha-Raw as Plumette, Hattie Morahan as the enchantress and Nathan Mack as Chip, with Ian McKellen as Cogsworth and Emma Thompson as Mrs. Potts.

The home video version will include three ways to watch the movie — the original theatrical cut, the premiere cut with overture, and a sing-along version.

Other extras on the Blu-ray and Digital HD versions include:

• “A Beauty of a Tale” — Behind-the-scenes of adapting the animated film to live-action.

• “The Women Behind Beauty and the Beast” — Emma Watson introduces several of the talented women in all aspects of the production who helped bring the story to life.

• “Making a Moment with Celine Dion” — Celine Dion shares what it’s like to sing “How Does a Moment Last Forever” and the legacy of her performance of the title song from the original film.

• 10 minutes of deleted scenes, with introduction by director Bill Condon.

• Extended Song: “Days in the Sun”

• Music video — “Beauty and the Beast” sung by Ariana Grande and John Legend, plus a featurette about the making of the music video.

• “Disney Song Selection” — allowing viewers to jump directly to a song in the movie.