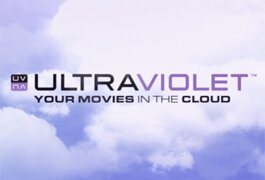 UltraViolet topped off a year of major growth with its best week ever.

The week of Christmas saw consumers add more than 2.3 million new movies and TV shows to their UltraViolet libraries, or about four every second during the week, according to Mark Teitell, GM of the Digital Entertainment Content Ecosystem, which manages implementation of the cloud-based digital storage platform.

That capped off a year that saw UltraViolet grow to more than 15 million household accounts with an average of 4.5 titles per account. There were more than three times the number of UltraViolet transactions in 2013 compared to 2012.

“It was a really strong year for growth for UltraViolet,” Teitell said. “Television has been growing as a percentage of transactions. We’ve been seeing content owners commit more content to the ecosystem. I think consumers see a price point of these TV shows that’s closer to rental, but they own it.”

TV episodes now account for 3,500 of the 12,200 UltraViolet-enabled titles available, with 10 content companies now signed up and more expected to join,

“I think we will see some new content providers, specifically in the TV space, joining UltraViolet in the new year,” he said. “And there’s a lot of content out there not from Hollywood studios, and that will be important [for UltraViolet] as well.”

The year saw Ireland, Australia, New Zealand, France, Germany, Austria and Switzerland begin offering UltraViolet, while Belgium, The Netherlands and Luxembourg will all go live with the service during the first quarter of 2014.

Also in 2014, DECE members will work toward standardizing bonus features for films and TV shows, allowing content owners to offer more to consumers.