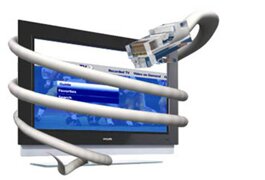 More than half of consumers with an Internet-connected TV have increased their use of over-the-top broadband TV sources in the last year, with 24% of respondents in a survey reporting a sizeable weekly increase, according to a report from TDG.

Over-the-top video sources include subscription video-on-demand , YouTube, Facebook and Hulu, among others. OTT is considered the single biggest threat to the multichannel video program distribution business, which includes cable, satellite, and telecommunication.

TDG, in a survey of more than 1,100 respondents in the third quarter, found that 28.5% had slightly increased their use of online video, while 33.7% had maintained the same level of OTT viewing. Less than 6% and 2% of respondents decreased OTT viewing slightly and significantly, respectively. This means that connected TV users are six times more likely to have increased their use of the medium than to have decreased it.

The study analyzed a variety of video behaviors, including use of traditional television and new viewing platforms, including tablets and smartphones. It also examined trends in the use of smart TVs and various net-to-TV platforms to access online video on one’s television, including game consoles, set-top boxes, Blu-ray Disc players, and other devices.

“That consumers are watching more over-the-top video is not itself surprising,” said Michael Greeson, co-founder of TDG, in a statement. “But to see such a widespread increase in OTT TV viewing is dramatic, especially as pay-TV subscriptions in the U.S. are experiencing their greatest 12-month losses to date.”