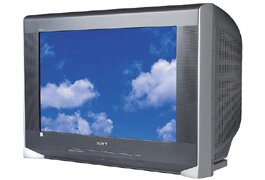 With much of the 18-to-34-year-old demographic addicted to their mobile phones, it’s not a surprise that social media plays a significant role in how and what they watch on TV, according to a new report.

More than one-third of broadband Internet users 18-34 and 15-17 say they discovered new shows to watch through social media at least occasionally (37% and 36%, respectively), compared to 19% among respondents older than 35, according to a survey conducted by New York-based Horowitz Assoc.  Furthermore, a full 42% of online 15-17 year-olds and nearly one-third (29%) of 18-34 year-olds say that social media helps them remember to tune into shows (vs. 15% of 35+).

Younger viewers are the most socially engaged with their TV content; nearly one-third (30%) of online 15-17 year-olds and one-quarter (25%) of 18-34 year-olds post comments to social media sites about the shows they watch at least occasionally, compared to 10% among those over 35.  Among broadband Internet users 15-17, 26% post comments about what they are watching at the same time they are watching, compared to 17% of 18-34 year-olds and 6% of 35+.

"Now, more than ever, we can see that harnessing the power of social media and TV-viewing interaction is playing a key role in keeping younger viewers engaged with the live TV experience," said Adriana Waterston, SVP of marketing and business development at Horowitz.

Notably, while the younger demo appears obsessed with social media, many find it annoying — especially when subjected to it by media companies. Currently, more than half (53%) of broadband Internet users 18+ say they find it distracting when networks display social media comments on-screen and almost half (48%) say even just displaying hash tags is distracting, this is lower among online 15-17 year-olds, but still sizeable (44% and 37%, respectively).

"While social media has the potential to drive engagement, show discovery, and tune-in, it also has the potential to distract viewers,” Waterson said. “The trick now is for networks and shows to facilitate an organic and genuine social media experience that engages their viewers, develops brand loyalty, and enhances the viewing experience, rather than distracting from the content."