Study: A Third of Netflix Subs Have Watched ‘House of Cards’ 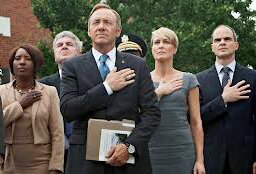 About 9% of consumers in a recent survey said they have watched an episode of Netflix’s political drama, “House of Cards,” since its Feb. 1 launch, according to a new Accenture media technology . An additional 46% said they have heard of the show.

With Netflix accounting for 25% of the online video market, up to one-third of Netflix subscribers have watched the program, according to Accenture.

The “Video-Over-Internet Consumer Survey 2013” was conducted in February and March with 3501 respondents in Brazil, France, Italy, Spain, the United Kingdom and the U.S. — the latter comprising 30% of all respondents.

Meanwhile, with scuttlebutt suggesting YouTube will soon bow subscription video-on-demand channels, the study found that 50% of respondents said they would be willing to pay for a premium YouTube channel — but less than $10 per month.

In countries where there is a high quality of video output available, such as the U.S. and U.K., respondents are less inclined to pay for a paid premium channel as are consumers in countries with lesser quality output, or where the market is currently dominated by a single TV provider.

Indeed, 24% of Brazilian respondents said they would pay up to $5 monthly to watch a YouTube premium channel, compared to 15% in the United States. Those percentages drop to 12% and 10% in Brazil and the United States, respectively, when the monthly rate doubles to $10.

In fact, 54% of U.S. respondents said they would not pay to watch YouTube premium channels compared to 32% among Brazilian respondents.

Separately, the Accenture study found that more than three-quarters (77%) of TV viewers are also on a computer or laptop while watching programming, which is up from 61% during the same Accenture consumer media technology survey conducted last year.

Indeed, 90% of respondents now watch video content over the Internet, including movies, TV programs, video-on-demand on some connected device.

About 89% of respondents said they watch video on their PC or laptop compared to 81% in 2012. The personal computer remains the most used device for watching video content over the Internet.

More than 25% of respondents said they watch video content from the Web every day and another 22% do so at least 3 times per week. Those watching daily on an Internet-connected TV every day increased to 30% from 21% last year. Daily video consumption on smartphones increased to 12% from 7%.

Interestingly, Brazil led all countries surveyed with 96% of respondents watching video content from the Internet, compared to 86% among U.S. respondents.

Full-length movies and serialized programming are most watched on TV, while user-generated content and short clips are mostly watched on mobile devices. That said, the percentage of respondents watching movies and TV shows on PCs and laptops increased to 47% in 2013 compared to 2012.

“Consumers can’t just watch TV anymore,” said Francesco Venturini, co-author of the report, in a statement. “The rise in multitasking while watching TV suggests that scheduled programming, also known as Linear TV, may be losing its appeal for sophisticated users, presenting both challenges and opportunities for broadcasters and content providers.”