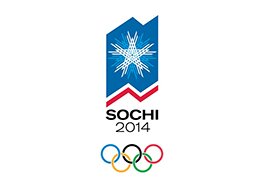 With the Sochi Winter Olympics slated to begin Feb. 7, NBC is offering viewers 30 minutes of free TV Everywhere access to the two-week long event. Viewers must first download the free NBCOlympics.com app or NBC LiveExtra app to access the content.

NBC plans to make the Winter Games the most technology-savvy event in history with more than 1,000 hours of coverage planned live and on demand across myriad platforms, including mobile phones and tablets.

During the Sochi Olympics, and for the first time in the history of the Winter Games, all competition across all 15 sports, including each medal-winning performance in all 98 events, will be streamed live on NBCOlympics.com and the NBC Sports Live Extra app. The site will also feature exclusive content, real-time results, medal standings, event highlights and analysis, athlete interviews and profiles, and rewinds of all event coverage.

NBC is using Ryan Seacrest in an instructional video explaining how the apps work.

"We've tried to make it as easy as possible for the average person," Ron Lamprecht, EVP of digital distribution for NBC Universal, said in a statement.

“With improved tools, including the multi-day temp pass and more providers offering in-home verification, our goal is for temporary pass to really drive usage and adoption of TV Everywhere in a way that hasn’t ever been done before," Rick Cordella, NBC Sports' SVP for digital distribution, said in a statement.

NBC to Stream More Than 1,000 Hours of Sochi Winter Olympics