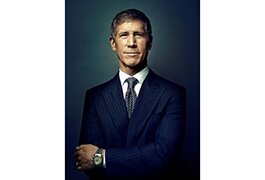 Less than three months after becoming the first cable operator to sell digital movies and TV shows, Comcast now controls 15% of the electronic sellthrough market — a percentage that is likely to persuade other multichannel video program distributors to get in the game,” said Lionsgate CEO Jon Feltheimer.

Speaking Feb. 7 in the mini-major’s fiscal call, Feltheimer said Lionsgate was one of three studios (along with Universal and 20th Century Fox) to provide movies and TV shows to Comcast’s Xfinity On Demand at its launch last November. Universal Studios Home Entertainment's Despicable Me 2 was Xfinity's top-sellling title over the Thanksgiving weekend.

EST platforms include Walmart’s Vudu.com, Amazon, iTunes, Best Buy’s CinemaNow and Target Ticket, among others. iTunes has dominated EST sales since its inception, including 65% market share in 2011, according to Screen Digest. Digital sales of content generated about $1.2 billion in revenue in 2013, according to industry data.

“Comcast’s recent entry into the EST business is already proving to be a catalyst for accelerated [digital ] growth,” Feltheimer said. “We expect additional growth as other MSOs follow suit.”

The CEO said that Lionsgate would continue altering digital strategies (including release dates) and pricing based on the content and market conditions. Indeed, Lionsgate released both Ender’s Game and Escape Plan early on digital the week of Feb. 2.

Lionsgate continues to over-index the industry releasing new and catalog titles in home entertainment. The studio’s filmed-entertainment library had one of its best quarters ever, generating $148 million in revenue, a 10% increase from $135 million in the prior-year quarter.

Amazon Teaming With Warner, Lionsgate, Fox and Others for Ultra-HD Content