Distribution Challenges in a Digital World 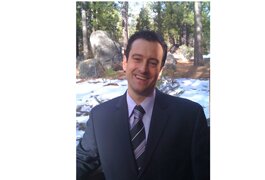 Redbox recently began renting indie mystery thriller Vanished from Osiris Entertainment, about fourth months after its July 30 street date. The delay wasn’t due to any embargo, but rather the result of an increasingly crowded content field beset by myriad distribution channels.

Vanished marked another title in Redbox’s ongoing relationship with the Los Angeles indie packaged-media distributor, which like any other, including major studios, is trying to navigate a changing home entertainment market where physical product is progressively deluded in a digital world.

“Title slots in a Redbox kiosk can fill very quickly,” said Evan Crooke, owner and CEO of Osiris. “[Redbox is] capable of moving a title on the distribution shuffleboard by two or three months in either direction.”

Osiris’ portfolio of 600 third-party DVDs (no Blu-ray), with production budgets ranging from $30,000 to $4 million, underscores the emergence of new distributors (Inception Media, Random Media, etc.) that compete with studios selling and licensing content in a fractured network of digital and physical platforms. While these channels offer unprecedented options to consumers, for distributors, ubiquitous access doesn’t guarantee the financial returns of the past.

“Netflix is a great account, but it’s highly unpredictable. You never know on the digital side if they are going to order something, because [content licensing is] driven more on [recommendation] queue, demand matrix and demand algorisms, as opposed to human desire to pick up [the DVD] and rent or buy it,” Crooke said.

The CEO said that unlike studios that license catalogs of movies and TV shows to digital platforms, indie distributors often cope with their selections being judged on a title-by-title basis.

“Every title has its own [distribution] life,” Crooke said. “You never know for sure which direction a title is going to take. It comes down to the right titles. There’s a lot of competition. You try to anticipate it, but it’s not an exact science.”

He said advantages to a distributor like Redbox is that it remains one of the few accounts where he can move up to 50,000 units of a title — numbers typically unheard of for indie fare.

Crooke said the downside to technological advances in distribution means that while it’s easier to make and distribute video fare (think YouTube), the resulting glut of content deludes value and margins.

“Anybody can make a movie with today’s technology. Grandma can be [Martin] Scorsese, or think she’s Scorsese,” he said. “It’s a volume business now. It’s a very different equation.”

Michael Pachter, analyst with Wedbush Securities in Los Angeles, counters that digital distribution is better for content holders and worse for physical retail. Finding content, however, remains an advantage for brick-and-mortar stores.

“It’s not clear that people are aware that titles are available for digital download and purchase,” Pachter said.

Crooke said that while the arrival of Hulu Plus, Redbox Instant and Target Ticket underscores the fact that DVD is on the decline, packaged-media distributors such as Redbox, Walmart and Best Buy still provide content holders a great deal of cash that he said is “almost guaranteed.”

Crooke said the transformation of home entertainment to digital distribution has not included the relative safeguards packaged media enjoyed at retail — notably select shelf space and foot traffic. He said the plethora of content selections on digital platforms means individual indie titles can easily get lost in the crowd.

“DVD, while it’s going away or being hidden under a rug, hasn’t been replaced by anything substantially sufficient,” he said. “There’s too much competition in too many places.”

Indeed, when YouTube in 2012 launched its 100-channel subscription video-on-demand platform, content holders were subjected to revenue-sharing agreements, which meant they would only share in the revenue when a user pushed the “monetize” button. With 72 hours of content reportedly uploaded to YouTube every minute of every day, the likelihood of an individual channel being noticed diminishes exponentially.

And, according to BusinessWeek.com, rates that advertisers pay to be on popular online videos have fallen by about one-third since 2012.

“You don’t know if a 1,000 people are going to download the movie or 1 million will download it,” Crooke said.

Regardless, Eric Wold, analyst with B. Riley & Co. in Los Angeles, believes the continued advancement of digital distribution is a boon for smaller, indie studios and titles. He said indie distributors dependent upon retail stores to bring attention to their titles is risky.

“Indie studios and distributors need to have a diverse distribution strategy and not be dependent on any one channel,” Wold said.

The analyst said that was the main reason Cinedigm acquired New Video last year and Gaiam Vivendi Entertainment this year was to provide indies with a combination of physical, VOD and SVOD distribution strategies that can be tailored to each individual title.

“If consumers are interested in indie titles, you are more likely to have the recommendation engines work in your favor for those titles digitally than if we were still in a physical-only world,” Wold said.