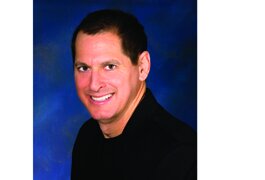 As home entertainment and consumer electronics have become more closely married to each other throughout the years, Gary Shapiro, president and CEO of the Consumer Electronics Association (CEA) has been there to oversee the hardware end, being the voice of more than 2,000 consumer electronics companies.

Shapiro took the time to chat with Home Media Magazine about the state of 3DTV, Ultra HD, UltraViolet and the hardware standards the CEA is working on.

• At the 2013 International CES, you joined studio home entertainment presidents in promoting UltraViolet. How important is it for the CE industry to work with the content industry and why?

Shapiro: The consumer electronics industry and the content industry would be nothing without each other. At the 2013 International CES we had more than 30,000 attendees from the broadcast, content and entertainment industries, more than 9,000 of whom were C-level and vice presidents, including executives from 20th Century Fox, Facebook, Paramount, Universal Studios, Viacom, Warner Bros. and YouTube. At the show, content and CE companies announced a cross-industry digital promotion — the “Get Connected UltraViolet Movie Starter Pack” — through which consumers who purchase select connected TVs or connected Blu-ray players this year receive up to 10 free UltraViolet movies.

• What’s gone right and what’s gone wrong with 3D in the home?

Shapiro: Our consumer electronics companies have developed many innovative features for television — from the Internet-connected TVs to 3DTV. The great news about 3D-enabled TVs is that they also function as state-of-the-art, top-of-the-line 2D high-definition (HD) TVs as well, and no glasses are required to watch beautiful 2D HD content on a 3DTV. Not all consumers can experience and enjoy 3DTV, but nearly everyone can appreciate the difference HD has made in our lives, and soon those sets will move to Ultra HD.

• You’ve been bullish on the future of Ultra HD. Why?

Shapiro: I am excited about Ultra HD! It is the next generation of HD display technologies, offering consumers an incredibly immersive viewing experience with outstanding new levels of picture quality. Ultra HD has more than 8 million pixels of resolution, four times the resolution of today’s HDTVs. It is not a radical change like HDTV, but it is an incredible experience that anyone with a larger screen will appreciate.

• CEA has been vocal regarding the passage of an Internet sales tax law. What is CEA’s stance and why is this an important issue?

Shapiro: Right now, Internet sales are already taxed. In 45 states consumers are supposed to pay the tax, but most don’t because there’s no enforcement. This means states could come down arbitrarily on non-compliant citizens who fail to pay the tax, which is unfair. Passage of an Internet sales tax law would apply the tax law equally to brick-and-mortar and online retailers across all states. It will modernize how sales taxes are collected and protect consumers. Rather than imposing new taxes to fund essential state services, it makes sense to collect taxes that are already legally due and owing.

• Can you share some of CEA’s most important standards work, especially in regard to home entertainment products?

Shapiro: CEA has a wide range of standards that are important to the CE industry and entertainment products in particular. Closed captioning is one of the most publicly visible features enabled by CEA standards. Captioning for both analog and digital TV (DTV) is defined in a pair of CEA standards referenced in FCC rules for TVs. Every TV larger than 13 inches manufactured since the mid-1990s supports closed captioning.

Another CEA standard found in every DTV is CEA-861, which defines the handshake between video sources and displays on interfaces such as HDMI. When a set-top box or Blu-ray player connects to a DTV through HDMI, the two devices negotiate the best video and audio format supported by both devices.

• What about measurement standards?

Shapiro: Measurement standards are another class that benefits the industry and consumers by defining how to measure and report information about products for consistent comparison among models. CEA has standards for measuring power consumption of DTVs and set-top boxes. Consumers now have access to an EnergyGuide label for every DTV, which conveys expected annual electricity consumption. Home audio amplifiers also have a measurement standard for reporting amplifier power, the well-known “watts per channel” number familiar to consumers.

CEA also provides standards and bulletins to assist custom installers. These documents are developed jointly with the Custom Electronic Design & Installation Association (CEDIA) and provide guidance for optimum audio and video delivery in home theater installations. Even the ubiquitous color codes used to help consumers connect the right inputs and outputs on the back of AV receivers are captured in CEA standards.