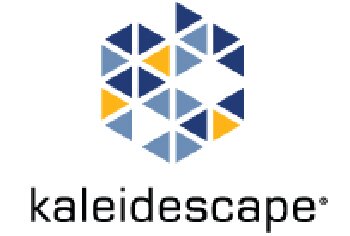 This temporary stay stops a permanent injunction from going into effect April 8 while the court decides whether or not to stay the injunction during the entire appeal process.

Sunnyvale-based Kaleidescape claims its system prevents DVD movies from being copied to the Internet, writable DVDs, computers or mobile devices. Furthermore, users cannot download a pirated movie from the Internet to a Kaleidescape set-top box.

The litigation does not affect Blu-ray Disc movies, which have separate antipiracy software.

The temporary stay halts Superior Court Judge William Monahan’s March 22 denial of Kaleidescape’s appeal, upholding a March 8 decision that the company breached its contract with the DVD Copy Control Association by selling a product that makes a fully functional copy of protected DVD content on a server and allows it to be played back without the presence of the disc.

Kaleidescape founder and CEO Michael Malcolm said the temporary stay is the first step in a legal exercise predicated on getting Monahan’s permanent injunction classified as a mandatory injunction, which triggers an automatic stay.

“We’re trying to get that so the company survives and doesn’t have to lay anyone off,” Malcolm said.

The company employs 140 people and is distributed by 1,500 dealers nationwide — many of which generate significant revenue distributing and servicing the disc storage system. Absent an automatic injunction through the appeals process could have a dire affect on Kaleidescape.

“We’re afraid that it will,” Malcolm said. “It’s hard to be certain what would happen because we would still be able to service Blu-ray movies and music CDs. But until that happens we cannot be sure how devastating it would be to our business.”

Malcolm said the purpose of an automatic stay is to safeguard technology or a company from irreparable harm should it ultimately prevail legally on appeal.

“There’s been no evidence of any monetary damage to the DVD CCA or to any of the content owners,” Malcolm said. “In fact, on the contrary there’s a lot of evidence that we promote the sale of DVD movies.”

Kaleidescape said its business platform is a boon to disc sellthrough as it enables the average household with about 110 discs the ability to store the content digitally. The average Kaleidescape user owns more than 500 movies on DVD and Blu-ray Disc.

“We have customers with thousands of Blu-ray Disc movies,” Malcolm said.

Ironically, the litigation comes as major studios are rolling out cloud-based digital lockers (UltraViolet and Apple’s iCloud) in an effort to invigorate sellthrough of physical and digital movies.

The company filed the appeal March 9, the day after Monahan declared a permanent injunction on the company’s platform, launched in 2001, that allowed disc owners to make and store digital copies of their movies in a closed system for future playback.

The DVD Copy Control Assoc., which is backed by the major studios and consumer electronics companies, disagreed and had originally filed a lawsuit Dec. 7, 2004. That case ended 2007 with a favorable ruling for Kaleidescape. The DVD CCA appealed to the California Court of Appeal, which in 2009 sent the matter back to the California Superior Court for a second trial.