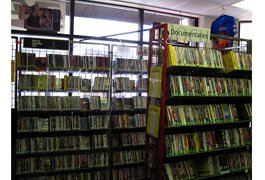 The Video Buyers Group said it would not hold its annual industry confab this summer in Minneapolis, citing the ongoing recession, retraction in the marketplace and related expenses.

The postponement marks the first non-event in the show’s 25-year history.

“This was not an easy decision to make, especially when one factors in the success and support from retailers, vendors and studios that we've had for this event over the years,” Ted Engen, president of trade group representing more than 1,200 independent video stores, said in an email to members. “However, with everything that is occurring in the video industry, along with a struggling economy, tight budgets and the escalating cost of travel, we feel postponing this year's event is the right decision.”

Engen said elimination of the confab this year opens the door to other regional and related “new opportunities” for members going forward.

“New initiatives and programs are already underway,” he said. “We hope to again host this one-of-a-kind event in the not too distant future.”