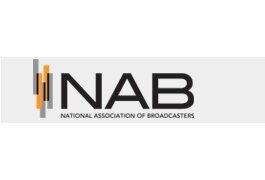 LAS VEGAS — Sony Electronics, Cisco Systems and Akamai Technologies were among the companies that made the biggest waves during the April 7 opening day of the annual NAB Show.

The opening day of the show started with a keynote from NAB president and CEO Gordon Smith; included a mid-day luncheon with the cast from “Everybody Loves Raymond”; and ended with several 4K, 8K and other broadcast delivery presentations.

Among the companies who made significant announcements during the opening day of NAB:

Sony Electronics used the NAB Show to show off new and enhance audio-visual broadcast solutions, including new 4K technologies. Sony 4K cameras are currently being used for dozens of TV shows, including “Rake,” “Masters of Sex,” “Mom,” “Community” and “The Blacklist,” as well as the films Think Like a Man, Too, Annie, A Million Ways to Die in the West and Tomorrowland.

“4K content creation is certainly on the rise and not just in traditional broadcast and production,” said Alec Shapiro, president of Sony's Professional Solutions of America group. “It adds new dimensions to 2K sports broadcasting, providing greater detail to blow up shots for slow motion replay and it's the best way to future-proof the content you are distributing in 2K today.”

Many of the programs on Crackle, the Sony-owned online content portal, are also shot using 4K cameras, and Sony is currently outfitting YouTube's production facilities in New York in Los Angeles with 4K equipment.

“Twitter Amplify is a tremendous product for broadcasters and other premium publishers seeking to tap the power of social TV for content promotion and monetization,” said Anil Jain, SVP and GM of media for Brightcove. “Amplify and video cards are clear examples of Twitter’s ability to enhance and extend publishers’ multi-platform initiatives. Through a combined approach using Brightcove Once with Twitter Amplify or Twitter Video Cards, publishers can take advantage of the vast potential of Twitter as a platform while also simplifying their workflow and maintaining control over delivery and monetization.”

Brightcove’s Once solution allows Twitter Amplify and Twitter “video card” users to “benefit from server-side ad insertion for a better playback experience without needing to construct another workflow to monetize social promotions,” the company said.

Online cloud content services company Akamai Technologies announced at NAB that its cloud-based digital media workflow was given the go-ahead under Motion Picture Association of America (MPAA) security assessment, making it one of the first to undergo the digital rights management (DRM) assessment program from MPAA.

With that feather in their cap, Akamai announced that two companies — Irdeto and BuyDRM — would offer Akamai customers a choice of Microsoft PlayReady and Adobe Access DRM technologies.

“Meeting the rigorous criteria set forth by the MPAA is a meaningful achievement in Akamai’s ongoing commitment to drive innovation in online video and securely deliver the highest possible quality content at scale,” said Michael Fay, VP of media products and operations for Akamai. “Content protection is crucial, and qualifying our workflow through the MPAA assessment adds further credence to Akamai’s goal of being the trusted provider for source and derivative content on the Internet.”

Paul Ragland, VP of North America for Irdeto, added: “As consumer demand for high-quality multi-screen services increases, content owners and operators need to ‘look under the hood’ of their platforms and re-assess content delivery and management schemes. It’s all about flexibility on the backend so that operators can deliver better user experiences.”

Cisco used NAB to show off a public demonstration of live streaming of 4K content using Videoscape, an industry first, according to the company.

“This is an exciting time in our industry as advanced 4K content experiences reach a tipping point for distribution across multiple devices,” said Joe Cozzolino, SVP and GM of service provider video infrastructure for Cisco. “We are ushering in the next era in content experiences with partners like Sony, and demonstrating that today’s cable networks are fully capable and ready to deliver full-frame rate 4K content.”

Cisco worked with Sony Electronics to show off the live delivery of full-frame rate 4K content. Live footage from New York City was captured with a Sony F55 4K camera, and streamed live to Las Vegas through a fiber optic network.

“This is another 4K first, and Sony is committed to investing in 4K as an industry to bring exciting and immersive live TV experiences to consumers, from lens to living room,” said Mike Fasulo, president and COO for Sony Electronics. “Collaborating with Cisco in this industry first demo of live 4K distribution over a cable backbone proves that 4K is ready for primary TV consumption. Sony will continue to invest in the technologies that raise the consumer experience and give viewers of Sony 4K UHD TVs the best experience possible for years to come.”

Start-up company WebTuner showed off its end-to-end solution for access to live TV, VOD and streaming video via broadband, a new option for multichannel video programming distributors (MVPD) that includes a small set top box “with an advanced onscreen content guide that offers a single interface for all content types,” the company said.

“The killer app for the television is watching TV,” said Bernee Strom, WebTuner founder and CEO. “We designed WebTuner to bring broadband to TV, not TV to broadband. We retain the TV experience that consumers desire, like channel changing, but introduce the power of the Internet to provide access to more content, lower costs, and new capabilities like ad targeting and interactivity.”

“WebTuner is arriving at the right time, as MVPDs need a better more modern option to deliver video to their customers,” said Rich Fickle, president of the National Cable Television Cooperative. “A dramatically improved user experience, lower cost consumer devices and Internet access for content across multiple screens are essential elements for our members to remain competitive. We are in discussions with WebTuner and encourage innovative companies like them to bring innovative options to our members.”