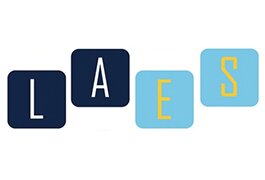 CENTURY CITY, Calif. — After showing a video of consumers around the world discussing how they prefer digital to physical disc, Jay Reinbold, SVP of category management at Warner Bros., had a simple reminder for attendees of the third-annual Los Angeles Entertainment Summit (LAES).

“That’s who’s buying our product,” he said. “They want to buy our product. There’s a passion for what we’re offering.” However? “You’ll hear a lot about digital, but you can’t forget about disc.”

Overall disc sales are down 7% through the first half of the year, according to data shared by Graham Gee, VP and GM with Nielsen. Blu-ray Disc combo pack sales are up, but that seems to be the lone bright spot, with sales of both Blu-ray standalones and DVD down, and family and sci-fi titles are the only genres seeing an increase in sellthrough.

“We’re at a critical juncture with home entertainment,” agreed Justin Bailey, director of entertainment industry analysis for The NPD Group. So far digital isn’t making up for the declines in physical sales, he said, and part of the problem is awareness of digital sellthrough. According to NPD, 8% of iTunes users have made an EST video purchase. That compares with 70% who’ve paid for music on iTunes in the last year.

UltraViolet, the buy-once-play-anywhere digital cloud service backed by most of the major studios, has been embraced by only 7% of consumers in the United States, Bailey said. “It’s just not getting awareness yet,” he added.

But it’s not all doom and gloom: Those who have caught on to UltraViolet turn out to be major home entertainment consumers, both before and after they sign on. According to NPD data, UltraViolet users (who are 73% male) buy an average of 10 Blu-rays a year, and while 55% of them had never made an EST purchase before signing up, 51% said they made an EST purchase afterwards.

“UltraViolet does seem to be stimulating EST growth,” Bailey said. According to the Digital Entertainment Content Ecosystem, the cross-industry consortium behind UltraViolet, there are now 18.5 million accounts with the service.

Other home entertainment experts at LAES agreed that digital does have a bright future. Dan Cryan, research director of digital media for IHS, said that by 2018 there will be well above two billion digital home entertainment transactions made by consumers, with home entertainment buyers in the U.S. averaging more than three video-capable devices each.

And Kevin Westcott, national media and entertainment lead for Deloitte Consulting, said a huge majority of consumers — 86% — are doing something else while watching TV, a sign that digital opportunities do exist on the second screen. Millennials report doing four other things while watching the main living room screen. But that doesn’t necessarily mean they’re doing much related to what’s on the HDTV.

“We think about the second screen … but only 22% are doing something related to the show,” he said.

Not so long ago some fans of Activision’s “Call of Duty” franchise made a faux movie trailer for one of the games, and shared it with the world on YouTube.

Instead of going after the fans for copyright infringement, Activision went the opposite direction. “Instead of shutting it down, we invited them in, told them we thought it was cool, and ‘Can you do more of that?’” said Jonathan Anastas, VP of global brand marketing and head of digital and social media at Activision.

That was the theme during an LAES panel: embrace fans’ social media excitement for your product, and find a way to turn that into sales.

“It’s about us evolving from just having a dialogue with fans … to driving conversions to purchase,” said Amanda Kozlowski, VP of digital and on-demand for Lionsgate, while talking about Facebook and Twitter feedback for the studio’s film Divergent. In partnership with Comcast, the studio recently released an iTunes app for the film, offering more than 150 minutes of exclusive content.

But an app with exclusive content might be a relatively easy play for a major franchise. It’s social media that helps drive lesser-known films, Kozlowski said. She pointed to the 2012 home entertainment release of Miley Cyrus’ LOL. Cyrus went to Twitter to promote the film, and 12 hours later it was the No. 1 seller on iTunes.

“If you look at indie content, it’s about finding that fan base that’s more active, so it’s not a hard-sell message,” Kozlowski said.

That’s a pretty clear-cut example of social media driving sales, but it’s not that simple most of the time, panelists agreed. There are more than 17.5 million fans of Lionsgate’s Dirty Dancing on Facebook, but that doesn’t mean all of them are owners of the film, Kozlowski said.

Dave Miller, VP of global brand marketing for Warner Bros. Interactive Entertainment, agreed, saying that the number of likes on Facebook and the number of shares on Twitter for a product doesn’t always mean a sellthrough bonanza.

“It’s difficult when it’s not trackable,” Miller said. “You’re [potentially] wasting a lot of precious time when you don’t know what you’re getting out of your social initiatives.”

And sometimes the social media venue itself proves uncooperative with content marketing campaigns. To market a property, studios and game publishers will spend time, resources and money setting up fan pages on Facebook. But due to changes in Facebook’s algorithms, only a small portion of those fans will get constant updates on their feed.

“It’s very frustrating to have to spend to advertise to the audience you’ve built,” Miller said.