The Con Is On 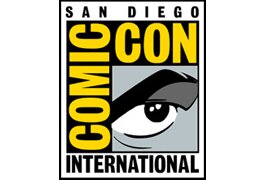 With the annual San Diego Comic-Con International bowing July 12-15 at the San Diego Convention Center, studios and creators will once again be out in force to promote the latest movies, TV shows, DVDs and Blu-ray Discs.

In addition, this year’s the convention is taking on an increased digital presence, with several panels devoted to Web-based content and promotions designed to take advantage of social media.

Among the highlights of this year’s Comic-Con:

• Fans can get a peek at the new “Star Trek: The Next Generation” Blu-ray, due July 24 from Paramount Home Media Distribution and CBS Home Entertainment, during a panel at 2 p.m. July 12 in Room 7AB.

• MGM and 20th Century Fox Home Entertainment will promote the Bond 50 Blu-ray boxed set at booth #3528. The booth will display Bond film props, and fans will have a chance to get a photo with a classic Bond car, with a different car on display each day. The Blu-ray set, which contains all 22 official Bond movies, hits stores Sept. 25.

• To promote the Aug. 18 DVD and Blu-ray release of The Hunger Games, Lionsgate will host cast members Alexander Ludwig, Amandla Stenberg, Dayo Okeniyi, Isabelle Fuhrman, Jack Quaid and Willow Shields at 11 a.m. and 5 p.m. July 14 at booth #4035. Fans will have a chance to get an exclusive Blu-ray Disc cover signed by the cast. An exclusive Comic-Con Hunger Games poster will also be distributed at the booth throughout the convention.

• Sony Pictures Home Entertainment will hold the worldwide premiere of the CG-animated film Starship Troopers: Invasion at 7 p.m. July 14 at the Gaslamp Theater, followed by a Q&A with director Shinji Aramaki and executive producers Casper Van Dien and Ed Neumeier. A signing will be held at 1 p.m. July 14 at IGN’s Oasis Lounge at the Hard Rock Hotel. The direct-to-video sequel arrives on Blu-ray and DVD Aug. 28.

• A screening of the documentary Comic-Con Episode IV: A Fan’s Hope, which hits DVD July 10, takes place at 8 p.m. July 12 in Ballroom 20, followed by a Q&A with director Morgan Spurlock.

•Before it arrives on DVD and Blu-ray July 17, the Mel Gibson movie Get the Gringo will be promoted at the Fox booth (4313), where attendees can preorder the film and pick up an exclusive poster.

• The Warner Archive Collection previews its upcoming DVD of the 1970s superhero series “Shazam!” as well as other series at 3 p.m. July 13 in Room 25ABC.

• Top writers discuss the alternate history of television with a panel called “And Then What Happened? Serialized Shows That Ended Too Soon” to be held at 7 p.m. July 13 in Room 7AB.

• A preview of the DVD and Blu-ray of Spartacus: Vengeance, due Sept. 11 from Anchor Bay Entertainment, and the upcoming Spartacus: War of the Damned will be held at 5:45 p.m. July 13 in Room 6BCF.

• The fifth season of “Star Wars: The Clone Wars” will be previewed at 2 p.m. July 14, in Room 6DE. The fourth season arrives on DVD and Blu-ray Oct. 23 from Warner Home Video.

• Cinemax action series “Strike Back” gets a panel at 8 p.m. July 13 in Room 6DE. The first season arrives on DVD and Blu-ray Aug. 7 from HBO Home Entertainment. A screening of the show will take place at 1 p.m. July 14 at Reading Cinemas Gaslamp Stadium 15, 701 5th Avenue at G Street (three blocks from the Convention Center). Fans who attend the panel or screen will be entered to win a copy of the first-season Blu-ray combo pack, with 10 winners chosen for each event.

• The creators of “Robot Chicken” will preview their new DC Comics special at 3 p.m. July 13 in the Hilton San Diego Bayfront Indigo Ballroom.

• Several cult hits celebrate key anniversaries at this year’s confab. The 30th anniversary of Blade Runner is the focus of a panel at 7 p.m. July 13 in Room 6BCF. The 20th anniversary of “Buffy the Vampire Slayer” will be marked at 2:15 p.m. July 15 in Room 6BCF, with Kristy Swanson, star of the original movie, as well as Nicholas Brendon, Clare Kramer and writer Jane Espenson from the “Buffy” TV show, followed by a screening of the “Buffy” musical episode “Once More With Feeling.” Another Whedon-created fan favorite, “Firefly,” celebrates its 10th anniversary with a cast reunion at 12:30 p.m. July 13 in Ballroom 20, featuring Whedon, Nathan Fillion, Adam Baldwin, Gina Torres, Alan Tudyk, Morena Baccarin, Sean Maher and Summer Glau. A panel at 4 p.m. July 15 in Room 6DE will look back at 15 years of “Harry Potter” fandom.

• Reprising the “1982: It was 30 Years Ago Today — Greatest Geek Year Ever!” panel featured at this year’s WonderCon, the editors of Geek Magazine reflect on the sci-fi and fantasy films from three decades ago at 3 p.m. July 12 in Room 5AB.

• A panel focused on all things “Voltron” hits at 1 p.m. July 12, in the Hilton San Diego Bayfront Indigo Ballroom.

• Shout! Factory will promote its DVD line-up with exclusive collectibles, giveaways, signings and a daily prize sweepstakes at booth #3849. Fans can pick up several new Shout! Factory DVD releases, including a Comic-Con exclusive edition of the 19-DVD “Mighty Morphin Power Rangers” boxed set. “Power Rangers” cast members will be on hand from 3:30 to 4:30 p.m. July 12. July 14, the booth will host “Transformers: Prime” cast members from 2 to 3 p.m., followed by voice actor Tom Kenny of “The Super Hero Squad Show” and “Rocko’s Modern Life” from 5 to 6 p.m. In addition, fans can get a “My Little Pony: Friendship Is Magic — The Royal Pony Wedding” tiara with a text-in code to get a personalized greeting from the bride and groom; the DVD arrives Aug. 7.

• Warner Bros. Digital Distribution offers an advanced screening of the Bryan Singer-produced Web series “H+” during a special YouTube event at 7:30 p.m. July 13, followed by a Q&A with director Stewart Hendler, producer Jason Taylor, co-writer John Cabrera, and stars Alexis Denisof, David Clayton Rogers and Sean Gunn. “H+” chronicles a futuristic world where people install chips in their bodies to directly access the Internet, leading to a tragedy when a virus wipes out one-third of the population. The series debuts online Aug. 8.

• Felicia Day, Wil Wheaton, director Daniel Strange and the cast of “The Guild” will discuss the line-up of the “Geek & Sundry” YouTube channel at 11 a.m. July 14 in the Hilton San Diego Bayfront Indigo Ballroom. This will be followed at noon by Chris Hardwick discussing the Nerdist YouTube channel.

• The Machinima online video network, which serves more than 1.6 billion video views a month, is the focus of a panel at noon July 12 in the Hilton San Diego Bayfront Indigo Ballroom. The panel includes footage from the new Machinima Prime channel, which includes the new series “Halo 4: Forward Unto Dawn.”

• Warner Bros. Entertainment will present Extra at Comic-Con, a free outdoor entertainment festival July 12-14 at Bayfront Park. The festival will showcase several of the studio’s biggest properties, from “The Lord of the Rings” to DC Comics. The 60,000-square-foot space includes a stage featuring Q&As, live performances, screenings and talent interviews with stars from “The Big Bang Theory,” “Fringe” and “The Vampire Diaries.” All six Batmobiles from TV and film will be on display, including the camouflage tumbler from the upcoming The Dark Knight Rises. To promote the December theatrical release of The Hobbit: An Unexpected Journey, Warner Bros. Interactive Entertainment is showcasing two upcoming games set in Middle-earth. And July 13-15 will feature the creation of a 3D Lego “Lord of the Rings” display. A full schedule of activities can be found at thewb.com/comiccon.

• Yahoo! Movies will present “Movieland,” an interactive game created in partnership with several studios, including Universal, Sony Pictures, Paramount and Lionsgate. Yahoo! will transform a 2,000-square-foot space at 520 5th Ave. into a life-sized game board with movie-related content (trivia, quizzes, etc.) customized to some of the summer’s biggest movies. Throughout the weekend, Yahoo! Movies will offer premium and exclusive content daily with two new original video programs reporting from the show, “Hello From Comic-Con” and “Comic Connoisseurs.”

• Cartoon Network offers the first “Adventure Time” Comic-Con Quest, a scavenger hunt that begins when fans pick up an exclusive map at booth #3735 that will take them to the booths of all the network’s partners showcasing “Adventure Time” products to collect a custom stamp. Returning all 10 stamps yields a special reward. Series creator Pendleton Ward and voice actors Jeremy Shada and Tom Kenny will appear at the “Adventure Time” panel at 11:15 a.m. July 14 in Room 6A. The first season of the show arrives on DVD July 10 from Warner Home Video.

• Netflix has been touting its Watch Instantly streaming service as a site to catch up on several titles featured at various Comic-Con panels.

• Movies on Demand on Cable (MOD) will offer those unable to attend Comic-Con a chance to check it out remotely with online features and games at rentmoviesondemand.com/comic. The site will offer movies that appeal to the Comic-Con crowd, such as the MOD premieres of Ghost Rider: Spirit of Vengeance and Comic-Con Episode IV: A Fan’s Hope, as well as footage from red-carpet events and parties, featuring celebrity interviews and behind-the-scenes video. The special Comic-Con on-demand channel can be found on such cable providers as Comcast, Time Warner Cable, Bright House Networks, Cox Communications, RCN and Mid-Continent.

A full schedule of panels can be found at Comic-Con.org.