Comic-Con Ready to Celebrate Past, Make Way for the Future 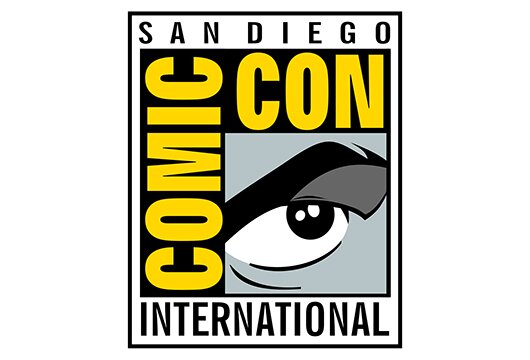 While the 2014 San Diego Comic-Con International — to be held July 24 to 27 at the San Diego Convention Center, with a preview night July 23 — will feature the usual trappings of the annual pop culture extravaganza, the transition from physical to digital entertainment has become more prominent than ever.

In fact, one panel at the show will explicitly examine this evolution of entertainment. “The Digital Revolution: The Convergence of Television and the Internet” takes place at 5 p.m. Saturday, July 26, in the Hilton San Diego Bayfront Indigo Ballroom. Industry professionals will discuss the obstacles, opportunities, and evolution of how new audiences are consuming content, covering such topics as cord-cutting, second-screen engagement, VOD, social media and more.

The uncertainty of the digital migration is one reason TheDigitalBits.com is not presenting its usual Blu-ray producers panel this year.

“Frankly, I think many of us just needed a break from the usual ‘demise of discs’ commiseration,” TheDigitalBits.com founder Bill Hunt wrote on the site.

“We decided it would be good to take a year off after more than a decade of hosting DVD and Blu-ray panel discussions,” Hunt said. “Comic-Con has grown into an unwieldy monster, more overcrowded and expensive than ever. But I suspect we’ll be back with our panel next year and maybe try to do something fun and new with it.”

However, Hunt said he looks forward to enjoying the rest of this year’s show more as a fan. He’ll have plenty of options from which to choose.

One of the biggest celebrations taking place this year is the 75th anniversary of Batman, commemorated with several panels across the four days. Among the ones with a home entertainment tie in, Warner Bros. will present a preview of the Nov. 11 release of the long-awaited DVD and Blu-ray of the 1966-68 “Batman” TV show. Series stars Adam West, Burt Ward and Julie Newmar join moderator Ralph Garman for a panel at 6 p.m. Thursday, July 24, in Hall H.

DC Entertainment’s Batman 75th Anniversary panel takes place at 4 p.m. Saturday, July 26, in Room 6BCF, celebrating the character’s appearances from comics to TV to movies to video games. And the “Warner Archive Collection: A Batman for All Seasons” panel, which takes place in Room 7AB at noon Sunday, July 27, looks at some of the more obscure Batman projects throughout history.

But Batman’s isn’t the only milestone anniversary being celebrated this year:

• Moderator Mark A. Altman leads a geek panel looking back at the films of 1984, including The Terminator, Gremlins, Repo Man, Ghostbusters, Dune, Splash, This Is Spinal Tap, Indiana Jones and the Temple of Doom, Star Trek III, Buckaroo Banzai, Body Double, The Karate Kid, Red Dawn, Night of the Comet, Once Upon a Time in America, This Is Spinal Tap and Purple Rain. The 30-year lookback takes place at 2 p.m. Thursday, July 24, in Room 5AB.

• Troma Entertainment celebrates its 40th anniversary during a panel at 9 p.m. Saturday, July 26, in Room 23ABC, with a lineup of guests that includes company president Lloyd Kaufman and a never-before-seen clip from Return to Nuke ’Em High Vol. 2.

• For the 55th anniversary of Rocky and Bullwinkle, 20th Century Fox and DreamWorks Animation will premiere a new short film that will appear on the upcoming Blu-ray and DVD of Mr. Peabody & Sherman, due Oct. 14. The panel takes place at 11:30 a.m. Friday, July 25, in Room 8.

• Writer Mark A. Altman and writer-director Robert Meyer Burnett will join some surprise guests for the 15th anniversary reunion panel of Free Enterprise at 3:30 p.m. Friday, July 25, in Room 24ABC, featuring an update of the Kickstarter campaign to produce a TV show based on the film.

• A panel of “Star Trek” experts and stars will assemble to discuss the 50th anniversary of the venerated sci-fi franchise, which filmed its original pilot in 1964. The panel takes place at 4 p.m. Thursday, July 24, in Room 23ABC.

• The 45th anniversary of “Sesame Street” will be celebrated with a look at the iconic kiddie show’s relationship with pop culture, including parodies of Comic-Con and “Star Wars.” Chris Hardwick leads the discussion at 10:15 a.m. Sunday, July 27, in Room 6A.

• A discussion of Fight Club from book to film with author Chuck Palahniuk, director David Fincher and others takes place at 7 p.m. Saturday, July 26, in Room 25ABC, marking the film’s 15th anniversary.

• This year’s Comic-Con also marks the 20th anniversary of The Aquabats, who will discuss their TV show and unveil never-before-seen clips in a Q&A panel at 9 p.m. Friday, July 25, in Room 25ABC.

This year’s Comic-Con is the home to several world premieres, including another tie-in with the Batman 75th anniversary.

• Warner Bros. Home Entertainment will screen the new DC Universe animated movie Batman: Assault on Arkham, based on the hit video game, at 7 p.m. and 9:30 p.m. Friday, July 25, in Ballroom 20. The first screening will be followed by a Q&A panel with the cast and filmmakers. The movie arrives via digital distribution July 29 and on Blu-ray and DVD Aug. 12.

• The documentary Showrunners, which looks at the men and women in charge of some of America’s most-popular TV shows, will be screened at 3:30 p.m. Friday, July 25, at the Horton Grand Theatre. The screening will be followed by a Q&A with the filmmakers and guests.

• The latest adventure for the Mystery Inc. gang comes to Comic-Con at 10 a.m. Sunday, July 27, in Room 6BCF with the premiere of and panel discussion for Warner’s Scooby-Doo! Frankencreepy, a new animated movie arriving Aug. 5 on Digital HD and Aug. 19 on Blu-ray and DVD.

• Upcoming episodes for several TV shows will be shown at Comic-Con, including the highly anticipated pilots for Fox’s Batman prequel “Gotham,” CW’s “The Flash” and NBC’s “Constantine.”

• Shout! Factory Saturday, July 26, will screen Slugterra: Return of the Elementals at 11:50 a.m., and Thunder and the House of Magic at 1:30 p.m., both at the Marriot Marina Ballroom D.

• Kevin Smith will conduct his annual Comic-Con panel, dubbed “The Musk of Tusk: An Evening With Kevin Smith,” at 6:35 p.m. Friday, July 25, in Hall H, and includes the premiere of the trailer to Smith’s first film in three years, Tusk.

• A panel at 3:30 p.m. Saturday, July 26, in Room 5AB takes fans inside the making of the new Twin Peaks: The Entire Mystery Blu-ray, arriving in stores July 29. Blu-ray producer Charles de Lauzirika leads a panel showcasing the restoration process for not only the show, but an exclusive extended cut of the Fire Walk With Me film.

• Kiefer Sutherland will be on hand to celebrate the most iconic moments of “24” and preview the upcoming Blu-ray and DVD of 24: Live Another Day, including the behind-the-scenes featurette “Worlds Collide.” The screening and discussion, moderated by executive producer Jon Cassar, takes place at 10 a.m. Thursday, July 24, in Ballroom 20.

• WWE Studios and Lionsgate will promote Leprechaun: Origins (arriving on Blu-ray and DVD Sept. 30) and See No Evil 2 during a panel at 7 p.m. Thursday, July 24, in Room 7AB.

• Mattel will hold a “Monster High” panel, including exclusive scenes from the upcoming DVD of Monster High: Freaky Fusion (this fall from Universal) and a never-before-seen webisode at 11:30 a.m. Saturday, July 26, in Room 5AB.

• Comic-Con fans will get the first glimpse at Atari: Game Over, the Xbox Originals documentary that chronicles the fall of the Atari Corp. after burying the disastrous E.T. game in the desert. The panel takes place at 3:30 p.m. Friday, July 25, in Room 5AB.

• Writer-producer Simon Kinberg will discuss the making of Fox’s X-Men: Days of Future Past during a Q&A at 6:30 p.m. Friday, July 25, in Room 5AB.

• The gurus of Trailers From Hell team with the fan-centric trio of Warner Archive Collection podcasters to dissect trailers from some of the great films in the fanboy spectrum at 1 p.m. Saturday, July 26, in Room 25ABC.

• As The Lego Movie tops the home video charts, Lego brand marketing director Brian Bowler will lead the discussion on the development of the movie and how filmmakers brought the toys to life at 3:45 p.m. Sunday, July 27, in Room 5AB.

• Hulu previews the second season of its online series “The Awesomes” at 2 p.m. Saturday, July 26, in the Hilton San Diego Bayfront Indigo Ballroom.

Other Items of Interest

• At least three panels will cover the impact of music in film and television. “Behind the Music: Crime, Death and Resurrection,” featuring composers from several popular TV shows and movies, takes place at 10:30 a.m. Thursday, July 24, in Room 4. The second annual “Musical Anatomy of a Superhero: Bringing a Comic Book to Life” panel takes place at 3 p.m. Thursday, July 24, in the Hilton San Diego Bayfront Indigo Ballroom, featuring composers from several superhero and sci-fi movies. And “The Character of Music” panel features a discussion of the dynamics of music in film and television at 2 p.m. Friday, July 25, in Room 32AB.

• A panel of filmmakers will discuss “The Greatest Geek Movies and TV Never Made” at 5 p.m. Friday, July 25, in Room 7AB.

• Adult Swim will have a major presence at the Petco Park parking lot across from the convention center starting at 3 p.m. Thursday, July 24, through Saturday, July 26, with the return of the Adult Swim Fun House and the debut of the Meatwad Full Dome Experience — a mind-fudging interdimensional-space-coaster-love-canal. Guests will be treated to free, live-screen printed T-shirts, photo opportunities, and get to watch as others attempt to break free of the castle.

For the complete programming guide, visit .