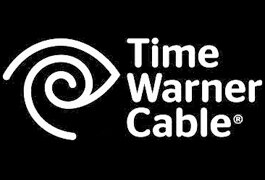 Combined with Comcast, the cable operators lost a combined 435,000 video subscribers in the most recent fiscal quarter.

Indeed, TWC reportedly is considering adding Netflix service to its set-top box — a move Comcast dismissed Oct. 30 as it eyes upping marketing of its own Streampix subscription video-on-demand service.

Separately, CEO Glenn Britt, who is retiring at the end of the year, addressed his last fiscal call while reportedly dealing with the recurrence of melanoma cancer. He reminced about a 41-year career in the cable industry that has seen myriad changes in recent years.

COO Rob Marcus is assuming the CEO position at the beginning of 2014.

Marcus said the dispute with CBS and its Showtime Networks unit over retransmission fees elevated the subscriber losses in key markets such as Los Angeles, New York and Dallas.

"It drove a roughly 10% increase in [double-play and triple-play subscribers] stopping video," Marcus said. "Unfortunately, the impact of the disputes bled over into [high-speed Internet] and voice."

In an attempt to jumpstart high-speed Internet subscriber growth, Marcus said TWC would begin offerring $15 monthly basic broadband service across all of its markets, beginning in early November. The promotion is targetting TWC's existing DSL subscriber base of more than 4 million households, which Marcus called unacceptable in light of today's data-driven market.

Marcus said the issues invovled with CBS had far-reaching implications for the cable business, which necessitated drawing a line in the sand.

"I believe we had little choice but to stand firm on behalf of our customers," he said. "In the end, the deals we reached [with CBS] were far better than where we started."