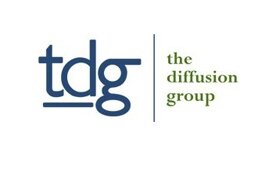 Today 15% of adult broadband users who subscribe to a pay-TV service are considering canceling their service in the next six months, a figure that hasn’t changed from last year, despite a small net gain in subscribers for pay-TV services in the first quarter.

That’s according to a new report from The Diffusion Group (TDG), which concludes that increasing pay-TV bills and wider use of alternative service, fewer people are looking to cut the cord.

Part of what’s keeping pay-TV subscribers interested is TV Everywhere services, extended the reach and value of what consumers are paying for, along with a lack of new OTT services, according to Michael Greeson, TDG president and director of research.

“Intel's OnCue solution was essentially pawned off to Verizon. [and] Google fell flat with its initial OTT TV offering,” he said. “Sony has verbally capitulated, and other outsiders like Apple have yet to make a serious move. This, in turn, has given incumbents the opportunity to ramp up on-demand and TV Everywhere offerings.

“A few incumbents such as DirecTV and DISH have publicly expressed an interest in launching their own OTT TV services. Funny that the new boss is looking more like the old boss as incumbents emerge as major movers in the OTT video space.”

TDG expects Amazon, Apple, Google, and Microsoft to account “for a significant and growing slice of daily video viewing” in the coming years, even though none of them have come up with a viable alternate to cable and satellite.