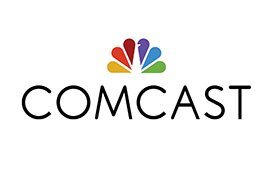 Despite a U.S. District Court’s decision last year to scale back provisions of federal Net Neutrality law, Comcast — unlike other ISPs — remains tethered to the law as part of an agreement with regulators when it acquired NBC Universal in 2011.

But that hasn’t stopped the No. 1 cabler from upping its profile as high-speed Internet provider and imposing fees on SVOD pioneer Netflix to ensure the latter’s subscribers have smoother streaming access to movies and TV shows.

And that has Netflix CEO Reed Hastings seeing red, which could turn crimson should Comcast and Apple partner in a reported over-the-top video service that would operate unencumbered on the cabler’s X1 broadband network.

Through it all, Comcast continues to evolve exponentially since Ralph Roberts and others founded the cable operator in 1963 in Tupelo, Miss. — birthplace of Elvis Presley.

Now, the Philadelphia-based cabler — under the guidance of Roberts’ son, Brian — is embracing technology and spending to expand the company beyond set-top-box, content-delivering middleman to home entertainment gatekeeper.

However hypothetical a partnership between Apple and Comcast might be, the OTT video service could offer the first serious streaming threat to Netflix, in addition to migrating live TV to the Web.

The negotiations demonstrate Comcast is looking for ways to bolster a subscriber base that, until the fourth quarter, had seen video losses for six years. Indeed, the entire MVPD industry lost a collective 300,000 subscribers in 2013, according to SNL Kagan — a tally that for the first time included Internet, telecom and video.

It also explains why Hastings went to the blogosphere openly complaining about what he perceives is Comcast (and other major ISP’s) increasing heavy-handed control of online video content delivered “the last mile” into U.S. pay-TV homes.

With so many Netflix subscribers beholden to Comcast for their broadband access (including Hastings), the SVOD service could do little except pay the piper, or watch its Comcast ISP speeds continue to fall.

Slower the streaming speed, the more choppy and interrupted video of “House of Cards” or “Breaking Bad” becomes. The more subs are subjected to spinning wheels instead of House majority whip Francis Underwood, the higher likelihood of cancellations — tantamount to death for Netflix.

“Comcast will gain even more leverage over the country's marketplace for television, broadband Internet and phone services,” an independent mutual fund analyst wrote in response to the ISP fees on SeekingAlpha.com.

Comcast’s power play with Netflix isn’t the first for the cabler, which three years ago acquired majority stake in NBC Universal (and co-ownership of Hulu) for $30 billion; followed by this year’s $45 billion purchase of No. 2 Time Warner Cable.

And it was 10 years ago when Roberts — in one of his first moves as Comcast CEO — attempted (and failed) in a $54 billion hostile takeover of The Walt Disney Co.

“I think we were number two for Gravity, behind iTunes,” Comcast Cable CEO Neil Smit told analysts earlier this month at the Deutsche Bank Media, Internet & Telecom confab in Pearl Beach, Fla. “It [has] surprised us how well the [digital store] has done.”

The TWC deal must still pass regulatory muster, which organizations such as the Writers Guild of America would like to see challenged.

With a combined subscriber base topping 31 million following the TWC merger, Comcast would be able to add muscle to its retransmissions negotiations with content holders (and cable channel owners) such as Disney, CBS, Fox and Viacom.