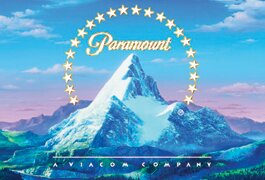 Paramount Home Entertainment is set to offer DVD collectors a $10 rebate when they upgrade select Paramount and DreamWorks titles to Blu-ray Disc.

Mail-in certificates will be available in the packages for Blu-ray copies of Transformers, The Godfather, Old School, Stardust, Sweeney Todd and Zodiac. To receive the $10 savings, consumers must fill out the certificate and include the proof-of-purchase tabs from both the DVD and Blu-ray versions of the title, along with the receipt for the Blu-ray version. The purchase must be made by Dec. 31, 2009, and rebate requests must be postmarked by Jan. 31, 2010.

Transformers streets on Blu-ray Sept. 2, with The Godfather: The Coppola Restoration due Sept. 23 and Sweeney Todd Oct. 21.

Street dates for Blu-ray versions of Old School, Stardust and Zodiac have not yet been announced.

The offer applies only to standard-DVD upgrades (not HD DVD) and is good only in the United States and its territories.