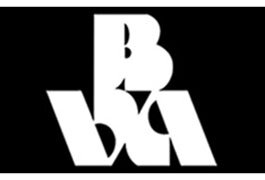 Consumers spent £2 billion ($3 billion) on video entertainment in 2014, underscored by a 30% spike in digital revenue

While digital revenue surged, more consumers in the United Kingdom bought and rented DVD and Blu-ray titles in 2014, according to year-end data from the British Video Association.

With the U.K. the third-largest home video market in the world, total retail sales topped £1.43 billion ($2.1 billion) in 2014 with DVDs and Blu-ray accounting for 89% of spending — the remaining on Digital HD.

Video rentals and subscriptions were estimated to be £755m ($1.1 billion), with pay-TV, on-demand and Internet subscription services (i.e. Netflix and Amazon Prime Instant Video) accounting for 81% of revenue, and the balance being disc rentals.

“Video is as popular as it has ever been despite competition for consumers’ time and money. Research shows that video discs represent an emotional purchase and form of owning content that can be enjoyed again and again. Shoppers are choosing new ways to buy such as Digital HD downloads and renting on demand, but these figures show that DVDs and Blu-rays are still the most popular way to watch and own video,” BVA chief executive Liz Bales said in a statement.

Indeed, some 22 million Brits bought a video to own on disc or as a Digital HD download during the year, more than those that visited the cinema (16 million). Meanwhile 7.5 million people rented a video, according to shopping analysts Kantar Worldpanel.

“Digital consumption of video continues to grow at a prestigious rate in the U.K. Not least of these channels is digital retail. Thanks to industry initiatives such as early releasing (Digital HD), the platform has maintained an impressive growth rate, forecast at 25% in 2014,” Richard Cooper, head of video analysis at IHS, said in a statement.