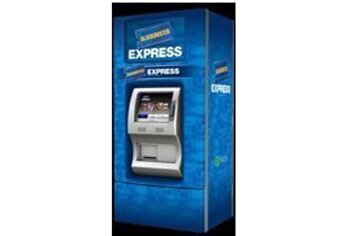 NCR Corp., owner and operator of Blockbuster Express rental kiosks, Feb. 3 said it would deploy 3,000 new kiosks in 2011, bringing its install base to about 11,000 units by the end of the year.

Duluth, Ga.-based NCR ended 2010 with 8,000 Express kiosks — down from 10,000 units projected after making a conscious decision to focus on the performance of individual kiosks versus the number deployed, according to John Bruno, EVP of the industrial solutions group with NCR.

In an analyst call discussing fiscal results, Bruno said NCR finished 2010 with a more mature outlook on the rental business, establishing Blockbuster Express as the No. 2 player (behind Redbox) in the market.

Specifically, Bruno said NCR ended the quarter with the average age per Express kiosk at eight months, and with average revenue per kiosk improving 16% sequentially each quarter. That said, Bruno said about 1,600 of Express kiosks deployed underperformed last year, underscoring the need to scale back kiosk deployments from a planned 10,000 units.

“We felt we had to focus on our underperforming stores,” Bruno said. “We are either addressing site issues or redeploying machines that did not show up to have the rental foot traffic we had expected.”

He said initial tests of premium-priced movies ($2.99 for the first night) of 20th Century Fox Home Entertainment titles in four markets proved quite successful and “surpassed all of our expectations.”

That said, CEO Bill Nuti agreed that should the kiosk business still generate a previously guided 10-cent to 15-cent loss in 10 months, “we would look at it differently.”

“The revenue projection seems realistic considering their plans to deploy more kiosks, and as their existing kiosks will become more mature,” Luria said.

NCR reported fourth-quarter (ended Dec. 31) net income of $39 million compared to a loss of $56 million during the prior-year period.

For the fiscal year, NCR reported income of $134 million compared to a loss of $33 million in 2009. The company said it spent about $53 million in 2010 installing Express kiosks, driving capital expenses up 30% to $226 million.