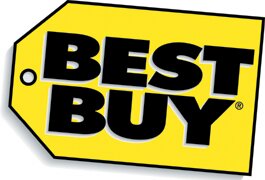 Best Buy Co. continues to expand consumer awareness of connected devices by testing so-called “center-of-the-store” initiatives that showcase the ability to receive movies and music into the home through the Internet.

During a March 25 conference call with analysts to discuss fourth-quarter (ended Feb. 27) results, CEO Brian Dunn said connectivity has become “non-negotiable” for millions of people and that increasing numbers of consumer electronics no longer fall under the category of discretionary purchases.

“As IPTV becomes the norm, it creates an opportunity for us to create a much broader ray of experiences for people on their TVs, and that’s a very good space for us,” Dunn said.

Best Buy continues to test “center of the store” initiatives at locations in Canada, the United Kingdom and domestically underscoring consumption of movie and music downloads, satellite and broadband access via the TV, PC, Blu-ray Disc player and mobile phone.

Mike Vitelli, president, Americas, and enterprise EVP, said the initiative, including the planned rollout of a digital content store by the second quarter, would help a service such as CinemaNow movie downloads become less “invisible” to retail consumers.

“We’re going to make them see it and want it and then we can deliver it,” Vitelli said.

He said initial feedback from the introduction of 3D-enabled televisions has been positive.

“As the momentum builds, and the quantities of [3D TV] units sold increases that will bring some confidence and excitement into the content production community (i.e. studios),” Vitalli said.

Dunn said consumer curiosity for 3D at the store level “screams” to him the notion that innovation is not dead in TV.

“The appetite for 3D home experience and the ‘holly grail’ of this magnificent home entertainment experience continues to evolve,” Dunn said.