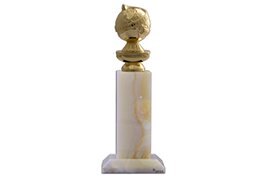 The musical, distributed by Lionsgate, won seven trophies, taking every category for which it was nominated, including Best Motion Picture — Musical or Comedy.

Lionsgate also has home entertainment rights to A24's Moonlight, which one for Best Motion Picture — Drama.

Expectedly, with most movies in competition for awards having been released toward the end of the year, most of the Golden Globes winners in the film categories are still playing in theaters and have not yet been announced for home video. The lone exception is Disney's Zootopia, which won for Best Motion Picture — Animated.

Amazon Studios enjoyed wins in both the film and TV categories, with Manchester by the Sea (another future Lionsgate home entertainment release) taking Best Actor in a Drama for Casey Affleck, and the Amazon original series "Goliath" winning Best Actor in a Television Series — Drama for Billy Bob Thornton.