Welcome to the 'Jungle'

Retailers trotted out the goodies to encourage shoppers to come to their stores to pick up the new “Diamond Edition” of Disney’s The Jungle Book.

Target also had an endcap display of Lionsgate DVDs such as The Hunger Games and the “Twilight” movies with $8 Fandango coupons for a theatrical ticket to Divergent.

In Walmart’s new-release section, one slot was devoted to cards for a Vudu purchase of Thor: The Dark World, touting immediate digital availability of the film (as opposed to the Feb. 25 Blu-ray and DVD release). Walmart also had the Beware the Batman Vol. 1 DVD a week early.

Best Buy offered a collectible Blu-ray steelbook case and a free LED keychain with preorders of The Hunger Games: Catching Fire, due March 7. 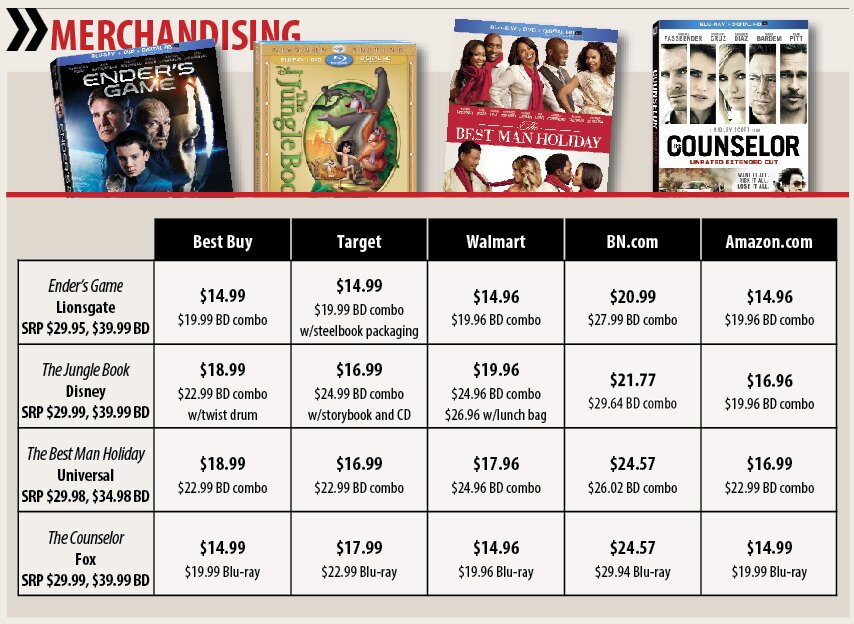