In a week with few exclusives tied to new releases, Target linked a recent Blu-ray with a new video game. Perhaps it's a sign of the times, or just an indication of the level of retail interest in the May 2 new releases, but Target didn't have any home video section in its weekly ad circular. The only mention of a DVD or Blu-ray was a promotion with a new video game. Target offered a free Blu-ray of Sony Pictures' Passengers with the purchase of the game Prey at $59.99 for the PlayStation 4 or Xbox One.

Best Buy's circular did tout some new and recent DVDs and Blu-rays, but the only promotion was for preorders for Disney's Beauty and the Beast, for which Best Buy is offering the Blu-ray in exclusive Steelbook packaging.

Walmart had some exclusives tied to catalog titles. Walmart had a version of Sony Pictures' A League of Their Own: 25th Anniversary Edition that included the film on Blu-ray, DVD and Walmart's Vudu streaming service, plus three baseball cards of some of the main characters, stickers, a collectible patch and a luggage tag for $19.96. The widely available re-release is just the film on Blu-ray with an UltraViolet digital copy.

Walmart also had an exclusive 40th anniversary Blu-ray/DVD combo pack of Universal's Smokey and the Bandit, which includes the CMT documentary The Bandit, for $14.96.

Amazon seemed to have some trouble with Warner titles during the week, as many of the studio's future releases were pulled from preorder and availability of new titles has been spotty. Something similar happened with Disney titles the past few weeks as well, which observers contend is due to distribution disagreements between the retailer and the studios. 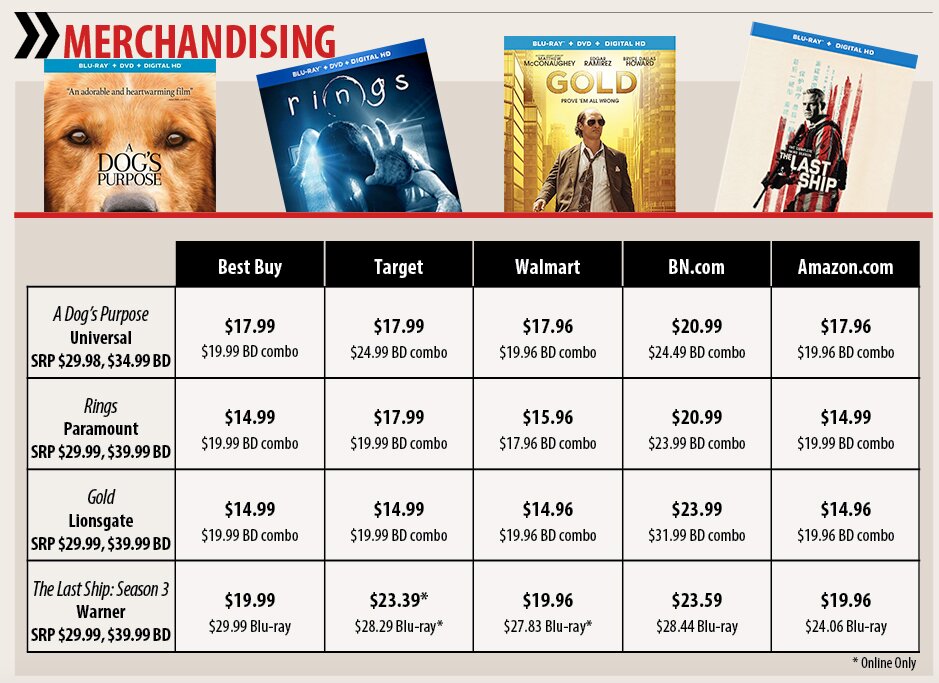