The Secret Truth of Mary Poppins 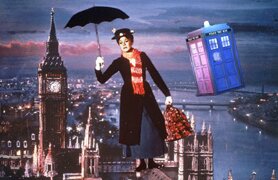 A simple Google search shows that I am not alone in this assessment. The evidence is rather overwhelming, considering all the traits she seems to have in common with our good pal The Doctor.

She seems to live forever.

Her carpet bag is bigger on the inside, a trademark of Time Lord science and their dimensional-warping capabilities.

Her umbrella is imbued with astonishing abilities, like a sonic screwdriver.

She loves taking her companions on wild adventures.

The “Doctor Who” special added another wrinkle to the argument, reminding us that Time Lord art is bigger on the inside, allowing people to actually jump inside it and move around. You know, a lot like those sidewalk drawings Mary jumped into with Bert and the children.

Speaking of Bert, he has all the hallmarks of a Time Lord companion, and it’s clear he and Mary must have shared some adventures before. It’s probably where he learned the techniques of Time Lord art to create those trans-dimensional sidewalk drawings of his (or, perhaps he’s using special Time Lord drawing sticks, which the rest of use perceive is simple chalk).

Not being a Time Lord, of course, Bert lacked the means to actually enter the artwork. But Mary was able to complete the transference, probably because her umbrella is equipped with the necessary spatial technology needed to embed people in the art.

Where’s Mary’s TARDIS, you ask? Well, maybe she keeps it hidden in the clouds, much like The Doctor did in “The Snowmen” Christmas special.

And since Time Lords are expert time travelers, Mary may be responsible for transporting the penguin waiters back to Los Angeles in 1947, where they show up in Who Framed Roger Rabbit 17 years before Walt Disney would have created them.

See. Really it makes perfect sense if you think about it. 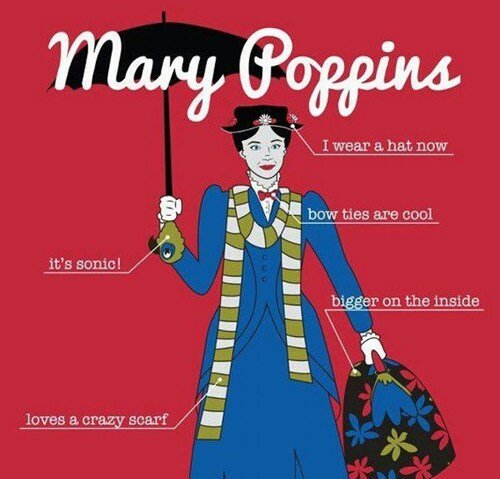 Doctor Who: The Day of the Doctor (3D Blu-ray Review)