A 'Ride Along' With 'Mitty'

The April 15 title getting the most retail attention was Fox’s The Secret Life of Walter Mitty, although Universal’s Ride Along also got at least one major promotional effort thrown its way.

For Mitty, Target offered an exclusive 30-page book with Life magazine photos. Walmart offered the title as a bare-bones DVD without extras, as well as a deluxe Blu-ray combo pack with a copy of the film’s soundtrack.

Walmart also offered the Ride Along Blu-ray combo pack with a pack-on T-shirt.

Best Buy offered a $5 savings off Anchor Bay’s Philomena when purchased with August: Osage County. Best Buy also offered a Despicable Me 2 Minion lunchbox for $2.99 with purchase of select titles. 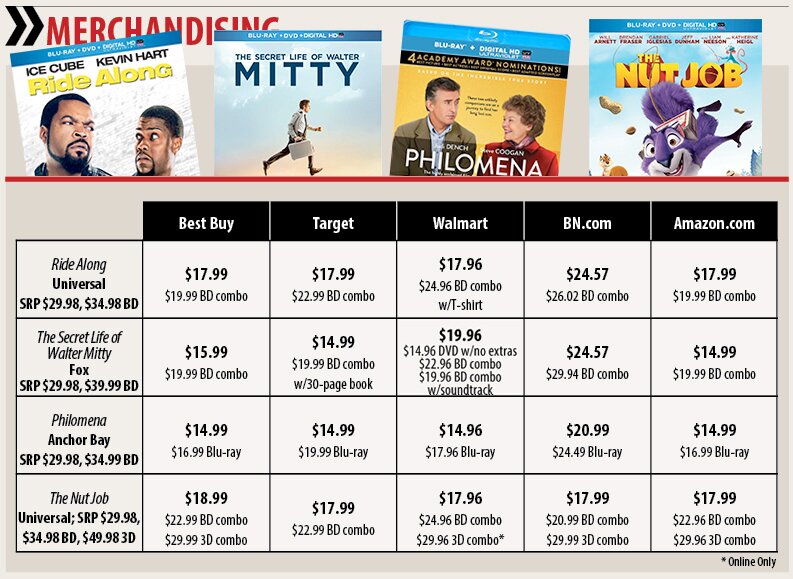