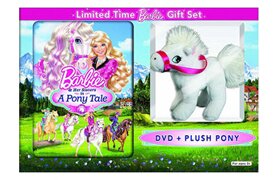 Direct-to-video animation based on toy lines is a natural fit for exclusive add-ons, and retailers didn’t miss a beat with Universal’s new Barbie & Her Sisters in A Pony Tale.

Target offered a free Chelsea doll with the purchase of either the movie or the tie-in Barbie doll (priced at $11.99).

Walmart offered the DVD packed with a free plush pony.

Among other new releases, Walmart had copies of Fox’s The Internship DVD packed with the DVD for another Vince Vaughn starrer, Dodgeball.

Best Buy decided to help shoppers for Halloween with a free Despicable Me 2 minion trick-or-treat bag with the purchase of select titles, including the original Despicable Me, ParaNorman and Monster High: Ghouls Rule.

For The Internship, Best Buy offered a $5 discount when the Blu-ray was purchased at the same time as the Blu-ray for The Heat.

Target is ramping up promotions of its Target Ticket streaming service, setting up an endcap of ticketed titles among the other DVDs and Blu-rays. 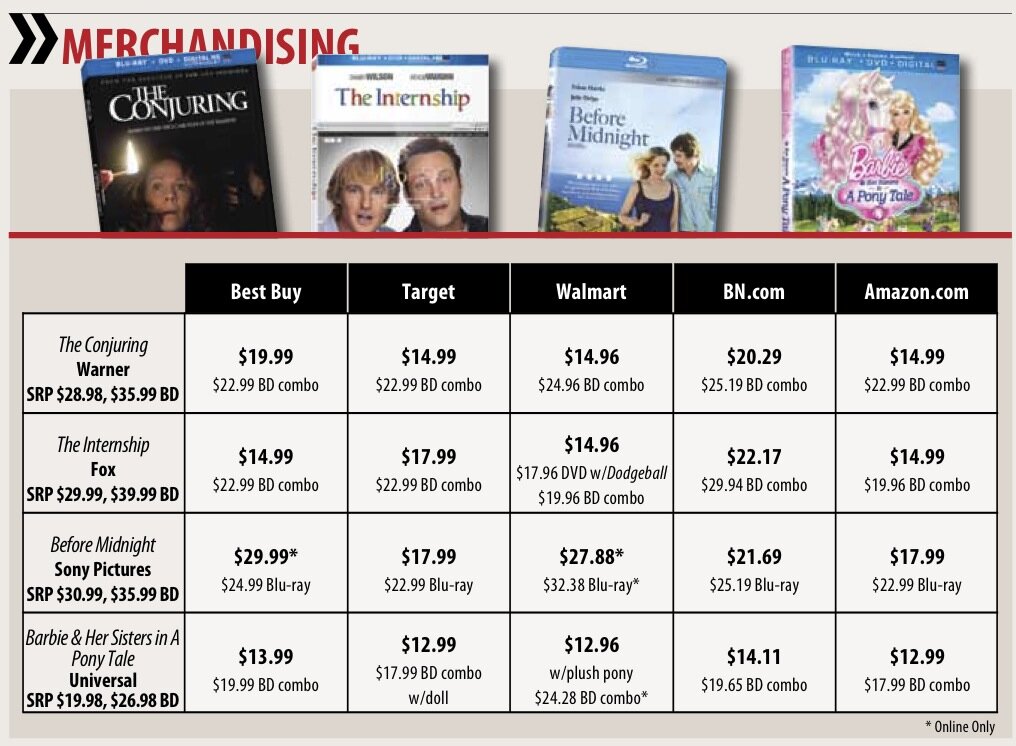