Retailers Load Up for 'Passengers'

Sony Pictures' Passengers arrived on disc with a couple of retailer exclusives.

Target had the standard Blu-ray with an exclusive bonus disc containing the featurette "Journey to the Stars: The Making of Passengers."

Target is also offering a $5 gift card with online preorders for several upcoming titles, including the exclusive 3D Blu-ray of Rogue One: A Star Wars Story. 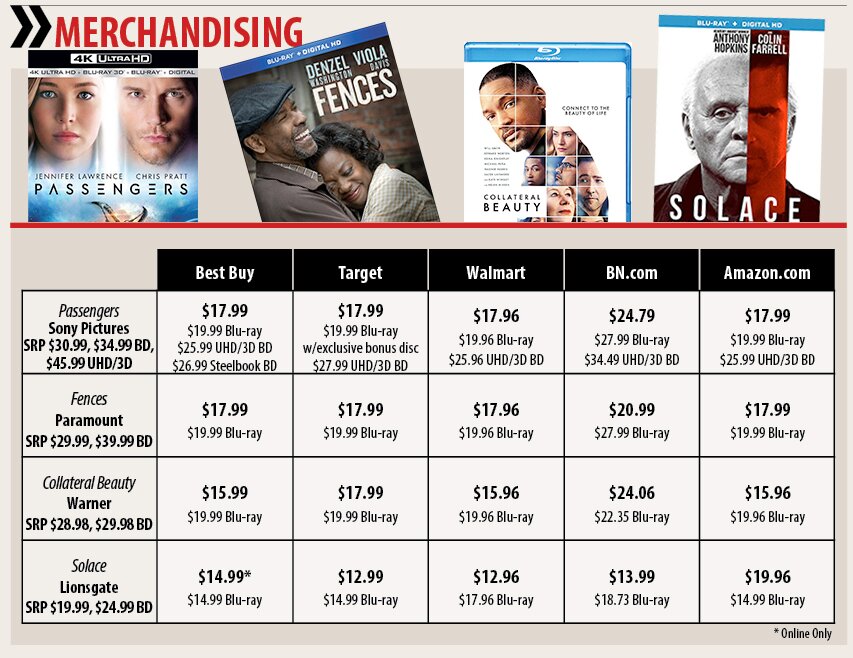