Retailers Up for 'Down'

Despite its disappointing performance at the box office, White House Down received the lion’s share of retailer exclusive attention during its debut week.

Target offered the Blu-ray combo pack with an exclusive interview with stars Channing Tatum and Jamie Foxx. The chain also gave an instant $5 savings when the actioner was purchased at the same time as another new Sony Pictures release, the comedy Grown Ups 2.

Walmart offered a two-pack of the White House Down Blu-ray with the 2012 Blu-ray; both films were directed by Roland Emmerich. Walmart also offered the Grown Ups 2 Blu-ray packed with the first film.

Looking at other titles, Best Buy offered an exclusive steelbook case with the new 3D Blu-ray release of Warner’s The Hobbit: An Unexpected Journey Extended Edition.

Target offered an exclusive postcard set with Paramount’s Under the Dome discs. 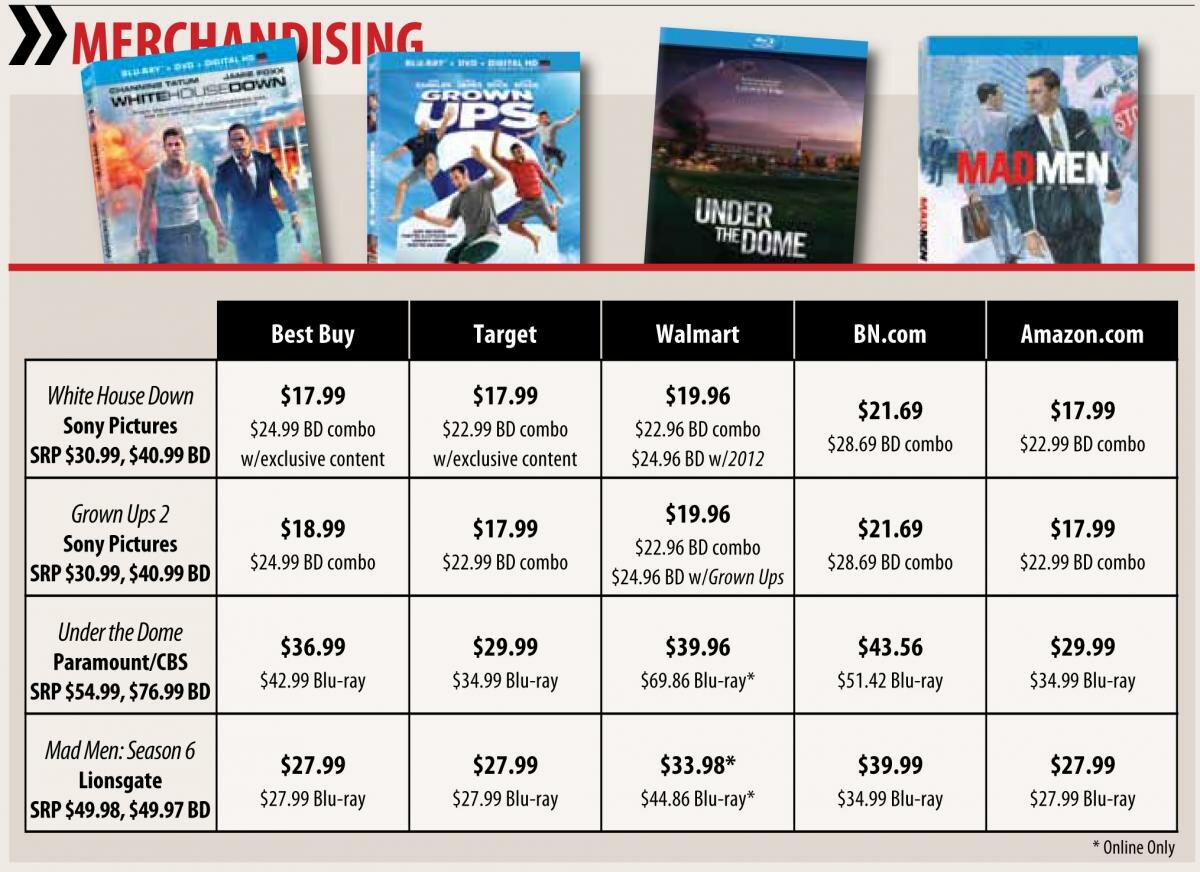