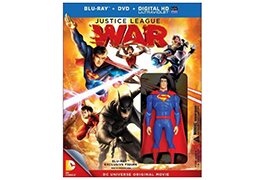 Animated superhero movies are the perfect fodder for retail exclusives, so it’s not surprising that Warner’s Justice League: War would attract major promotional attention from the three big chains.

Best Buy offered an exclusive edition of the Blu-ray combo pack with a limited-edition Superman figurine, priced at $1 more than the regular edition. Target offered Justice League: War in steelbook packaging, while Walmart had early availability of a two-DVD limited edition version that won’t be widely available until March 18.

Walmart also offered a DVD version of Fox’s Free Birds with no extras for $14.96. This is especially interesting considering the only extra listed on the regular $19.96 DVD is a music video.

In addition, Walmart had exclusive availability of a family film called My Dog the Champion from Anchor Bay.

Lionsgate’s Escape Plan was offered at Target on DVD for just $10, part of a sale featuring many recent DVDs at the same price, including Captain Phillips, Fast & Furious 6 and Man of Steel. 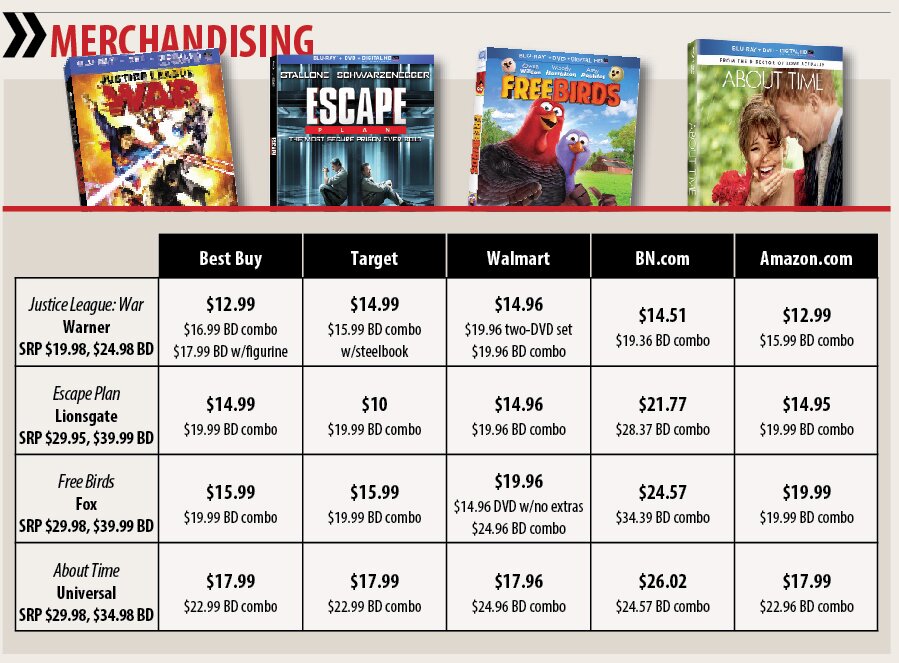