Early Oscar favorite The Hurt Locker did come with a few exclusives. Best Buy offered the Blu-ray in a steelbook casing with a photo book. And Wal-Mart packaged the DVD with a DVD of the documentary Brothers at War, which like The Hurt Locker focuses on the Iraq War.

The same Wal-Mart also tried to clear excess two-movie packages for $13 each. Wal-Mart typically offers a new release packaged with an older, similarly themed film as a bonus for a few dollars more.

Best Buy is holding a huge Blu-ray Disc promotion with titles for as low as $9.99.

A Fry’s in Fountain Valley, Calif., didn’t even put up a new-release display, though the store offered several prominent Blu-ray Disc displays. The store didn’t even have every new title, and those it did have were scattered among th shelves as if they had been released weeks ago. 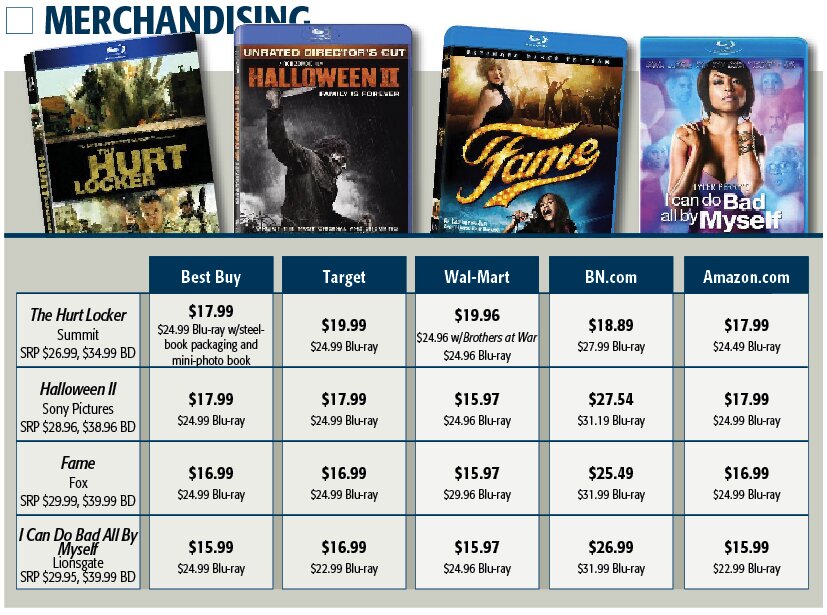