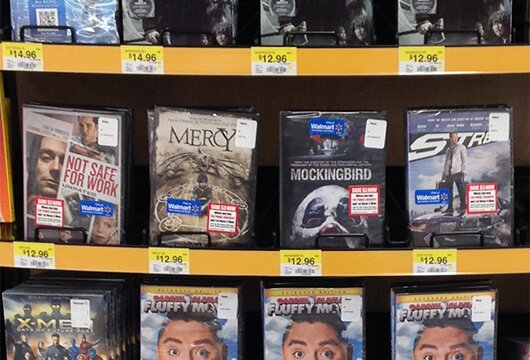 Walmart Oct. 21 offered four exclusive DVDs from Universal: Not Safe for Work, Mercy, Mockingbird and Stretch. Each had a cover sticker touting a $3 savings with the purchase of that title and The Purge: Anarchy.

Walmart also touted its Vudu InstaWatch system, which lets shoppers redeem their digital copy from purchased discs by using their receipt and the Walmart app.

Target offered 30 minutes of exlcusive content with Mad Men: The Final Season — Part 1, in the form of the show’s 2014 Paleyfest panel.

Target also has an exclusive “Downton Abbey” CD soundtrack with preorders of season five of the show at Target.com/Downton. The promotion was highlighted on a sticker on the new four-season DVD and Blu-ray packs of the show.