Best Buy offered a Boss Baby lunchbox for $4.99 with the purchase of the film or another qualifying title.

Again, some DVD versions of new releases were hard to come by at brick-and-mortar stores, With Warner's Unforgettable and Fox's Gifted being Blu-ray only at Best Buy locations. Amazon's DVD of Unforgettable was available only through third-party Marketplace sellers upon its debut.

Amazon also seems to have shut down preorders on several Disney titles, including Guardians of the Galaxy Vol. 2, Pirates of the Caribbean: Dead Men Tell No Tales and Rebels: The Complete Season Three. 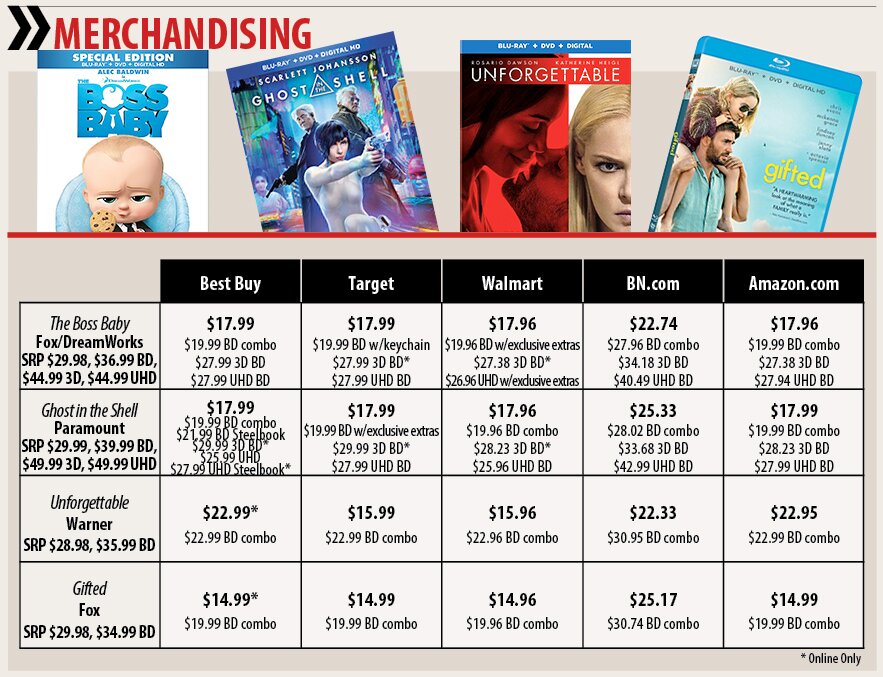