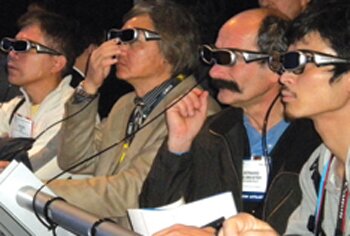 The dormant 3DTV market is poised for a dramatic comeback with growth topping 500% in 2011 driven by unit sales in Europe, according to a new report.

Scottsdale, Ariz.-based In-Stat said it expects that all TVs with screen sizes larger than 40 inches will be 3D compatible going forward. The research firm said 3DTV units will top 300 million by 2015.

Indeed, in successive quarterly reports, Best Buy Co. singled out 3DTV (and connected TVs) as underperforming in relation to the hype.

“Over the next few years, a greater percentage of large-screen TV sets will ship with the 3D feature,” Abraham said. “This will not only cause shipments of 3DTV sets to increase, but will also grow the number of households worldwide with 3DTV sets. 3D content providers need not worry that consumers will be unable to view their content.”

In-Stat said by 2015 Asia/Pacific will have the largest share of 3DTV unit shipments at 32%.

How Important Are Sports for 3DTV?