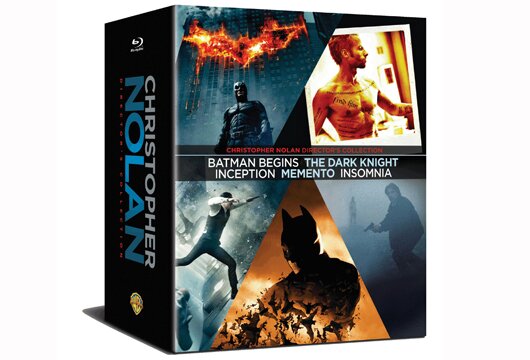 Coming June 26 is Christopher Nolan Director’s Collection, a seven-disc Blu-ray set at $49.99. The set includes the “Batman” films Batman Begins and The Dark Knight, plus Inception, Memento and Insomnia.

The set also includes a 40-page photo book, 10 photo cards and up to $8 in movie cash to see The Dark Knight Rises, out in theaters July 20.