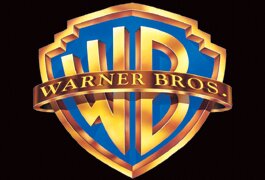 Speaking Sept. 12 at the Bank of America–Merrill Lynch Media, Communications & Entertainment Conference in Beverly Hills, Calif., Martin didn’t identify the programming but agreed that the media company’s longstanding distrust of subscription video-on-demand (notably by CEO Jeffrey Bewkes) has softened and now considers it a viable long-term growth opportunity for both domestic and international markets.

Martin said Time Warner currently realizes about $250 million in SVOD revenue (not including Warner’s ownership stake in The CW) — an incremental revenue tally he expects to grow significantly by the end of the year. He said the studio is in license discussions with Amazon Instant Video, Amazon-owned LoveFilm, Comcast’s Streampix, Netflix and QuickFlix in Australia, among others.

He said SVOD is a buyer for catalog programming that hasn’t sold in other secondary distribution channels, and a buyer of TV shows that don’t syndicate well, such as serialized hour-long dramas, as well new original programs.

“What’s proving interesting about SVOD is that over time it could prove to be a syndication window for original programming on basic cable,” Martin said, adding that there currently does not exist an established syndication market for basic cable.

“When you add all of that up, we think [SVOD] is a meaningful amount of opportunity,” the CFO said. “I would be surprised at the end of the year if those [SVOD] revenues weren’t higher than they are right now.

“If SVOD offerings are going to stay popular [among viewers], if they are going to be relevant in consumers’ lives, we believe very strongly that the nature of the content offerings are continually needed to be refreshed and be new,” Martin continued. “We feel like we are in a good position to take our fair share and help contribute to that ecosystem.”

When asked why rollout of TV Everywhere continues at a snail’s pace, Martin said there has to be a “major” increase in consumer awareness regarding the ability to access catalog and original programming on demand via myriad portable devices as well as the living room television.

Time Warner has been spearheading the rollout of TV Everywhere — notably through offering 1,600 hours of content on HBO Go — a platform he said should increase in consumer adoption now that Disney has embraced the concept through the rollout of ESPN and Disney Channel apps. At the same time, the CFO said subscriber authentication, user interface and measurement have to be easier.

“And it has to be on the TV. Most of TV Everywhere we have been talking about tablets and online,” he said. “It only now is making its way on to the TV through connected devices and smart televisions.”

Martin said downloads of the Cartoon Network app exponentially increased from 30,000 a week to 300,000 a week with no marketing after Disney announced rollouts of apps for its Disney Channel. He said reports that about 10 million people daily watched the London Olympics via NBC Universal apps were impressive.

“We wish that things would happened faster,” he said. “But we are pleased in the direction that it is going.”