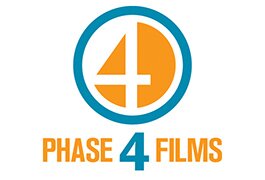 Financial terms of the ESI transaction were not disclosed. ESI is based in Fort Worth, Texas.

“Criterion and Shout! enhance our ability to offer consumers a broad selection of high-quality content, while ESI brings a perfect blend of content and vendor relationships, particularly with Costco in the U.S.,” CEO Berry Meyerowitz said in a statement.

Phase 4 is releasing The Criterion Collection’s The Great Beauty on VOD Feb. 25.  The film recently won a Golden Globe Award for Best Foreign-Language Film and is nominated for an Academy Award in the same category.

“We needed a partner that could maximize our opportunities in Canada while simultaneously servicing some of our key U.S. accounts,” said Jonathan Turell, CEO of The Criterion Collection. “Our alliance with Phase 4 is an important next step that brings The Criterion Collection’s library of classic and contemporary films into even more households in North America.”